As Tourism Dwindles in Preserves, Funding for Animal Protection Slows 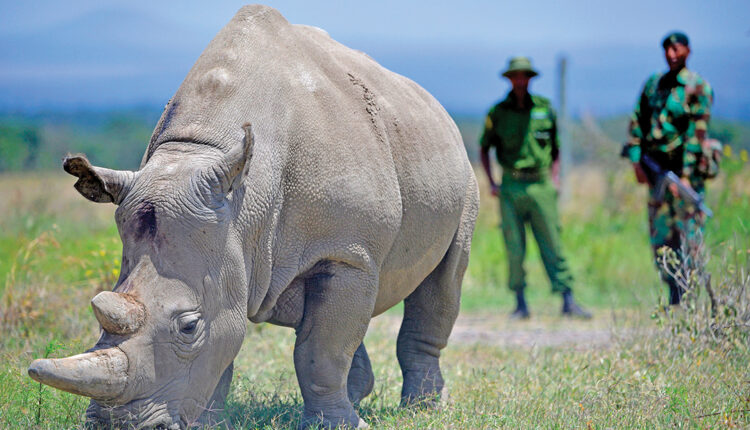 The global pandemic did not lock down wildlife traffickers.

Authorities in Zimbabwe caught four smugglers trying to ship 26 great apes from the Democratic Republic of the Congo to South Africa. In Zambia, the slaughter of animals for bushmeat skyrocketed. In Botswana, lawmakers debated whether to arm park rangers to defend themselves from poachers.

In Uganda, a poacher desperate for food stumbled upon an endangered 400-pound silverback gorilla and in a panic stabbed it with a spear, leaving it to die, the media group Ensia reported.

COVID-19 has affected almost every aspect of life all over the world. It took away jobs, caused food shortages and severely restricted international travel. Initially, conservationists and law enforcement hoped the restrictions might help endangered wildlife — travel restrictions might deter smugglers, for instance. But so far, COVID-19 has been bad for Africa’s wildlife.

“National lockdowns, border closures, emergency visa restrictions, quarantines and other measures put in place to stop the spread of the coronavirus have severely constricted Africa’s $39 billion tourism industry,” The New York Times noted. “That business motivates and funds wildlife conservation across the continent, leading some experts to fear that threatened and endangered animals may become additional casualties of the pandemic.”

Officials warned that without tourism money, normally law-abiding people might be forced to kill protected animals just to put food on the table. Fulton Mangwanya, director-general of the Zimbabwe Parks and Wildlife Management Authority, predicted that “rural communities, accustomed to employment with hunting outfitters, will relapse to poaching for meat and animal parts for the black market as hunting industry layoffs build,” fairplanet.org reported.

Conservation teams that were planning long-term projects suddenly were forced to focus on paying salaries, covering unexpected costs such as protective clothing and ensuring that regular bills were paid. Wildlife parks in Africa have struggled to maintain their ranger staffs with no tourists visiting. And fewer rangers mean more poachers.

In January 2021, Nigeria seized pangolin scales and tusks and bones from endangered species hidden in a container of furniture materials. The seized materials are used in traditional Chinese medicine despite having no medicinal value. Studies have suggested that pangolins, the most-smuggled animals in the world, may have been an intermediate host of the coronavirus that was discovered in an outdoor farmers market in Wuhan, China, in late 2019.

Customs officials said the contraband consisted of 162 sacks of pangolin scales and 57 sacks of mixed animal parts, including ivory and lion bones. The total haul weighed 8,800 kilograms and was valued at $2.5 million.

In 2020, China raised the protection status of all pangolin species to its highest level. But that has not stopped the demand in China and other parts of Asia for the creatures, as well as other African animals. As evidenced by the Nigeria bust, large-scale animal smuggling continues.

South Africa reported a decline in the number of rhinos killed by poachers in 2020, which officials said was partly the result of COVID-19 lockdowns.

In 2020, poachers killed 394 rhinos for their horns in the country, a drop of 33% from the 594 recorded in 2019, South Africa’s environment ministry said. But other factors also were undoubtedly at work because it marked the sixth year in a row that recorded incidents of rhino poaching had dropped.

One reason fewer rhinos have been poached is because there are fewer rhinos to poach. In South Africa’s Kruger National Park, where most of the poaching takes place, the rhino population has declined nearly 70% during the past decade.

In February 2021, Environment Minister Barbara Creecy said strict measures to prevent the spread of COVID-19 in 2020 had led to “a significant reduction in poacher incursions” to Kruger, near the Mozambique border. “However, that changed later in the year as the lockdown levels eased,” she said in a statement reported by the BBC.

Creecy added that although the “extraordinary circumstances surrounding the battle to beat the COVID-19 pandemic” had contributed to the decrease in poaching in 2020, rangers, security personnel and government efforts to tackle the issue also played a significant role.

Dr. Jo Shaw of the World Wide Fund for Nature in South Africa told the BBC that although she welcomed a reduction in the number of rhinos lost to poaching, “We are very aware that the apparent (reprieve) provided by lockdown restrictions in 2020 was only a temporary pause.”

NO TOURISTS, NO PROTECTION

The loss of tourists because of COVID-19 is a problem for Africa’s 7,800 protected land areas in two ways. Tourists provide money to protect the parks, and they also provide extra eyes and ears on the lookout for poachers.

Unlike the United States and Europe, taxpayers in African nations generally do not subsidize their parks and wildlife areas. According to Quartz Africa, in some cases African parks and reserves pay the government a portion of their revenue, the bulk of which comes from tourism and, to a lesser extent, donations and aid. Even in good times with plenty of tourists, most parks struggle with finances.

In May 2020, Save the Rhino planned to have its third Working Dog Workshop in Zambia, bringing together experts to share knowledge and improve the way teams work with dogs to stop poachers. The two previous workshops “had an incredible impact at a number of dog units across the African continent,” the organization reported. The workshop was called off because of COVID-19. Similar training sessions for protecting wildlife across Africa were postponed or abandoned altogether.

Because of the pandemic, rangers at many parks were not allowed to visit their families and even took pay cuts. In rhino sanctuaries, most nonurgent rhino procedures were postponed, including translocations to establish new rhino populations and the ear-notching of calves for identification purposes.

COVID-19 has brought into question the future of Africa’s parks and preserves. Some tourism dollars may be gone for good, because even when international flights resume, reduced airline capacity may mean fewer tourists visiting rhino-range states for years to come. If a reserve collapses into insolvency, wildlife habitats could be lost forever to agriculture, development and poachers.

Map Ives, director of Rhino Conservation Botswana, told the Times that until the pandemic passes and tourists return, Africa’s parks will be threatened by increasing numbers of poachers.

“We can expect not only poaching of rhinoceros and elephant and other iconic animals, but we can also expect a spike in bushmeat poaching across the continent,” he said. “There are going to be a lot of people that are not earning a living and they will turn on the natural world, and you cannot blame them.”