Changing With the Times

As Maritime Security Comes to the Forefront, the Ghana Navy Must Evolve and Build New Partnerships

Since independence, Ghana’s Navy has been the sole seagoing state institution with responsibility for securing the nation’s waters. Today, its mission has expanded, as have the security threats in the Gulf of Guinea. Piracy, illegal fishing, illicit trafficking and potential maritime terrorism are all major concerns for Ghana’s citizens, business owners and elected officials. And the Navy is no longer alone in its responsibilities. It must work alongside government ministries, other security institutions and private entities to fulfill its mandate.

As Ghana seeks to achieve financial benefit from the “blue economy” while protecting precious natural resources, key questions arise. How will the role of the Ghana Navy evolve in line with its expanded maritime security profile? Can Ghana’s naval capability and equipment keep pace? And how can the Ghana Navy use new vessel acquisitions, technology, training, and domestic and international security partnerships to respond to the threats?

The Ghana Navy was founded in 1959 by an act of Parliament. This was part of the post-independence nation-building effort to complement the Army, which already existed, and the Air Force, which was in its formative stage. Ghana’s first president, Kwame Nkrumah, had a grand scheme of establishing a world-class Navy to demonstrate the nation’s political independence, development and prestige. This drive was in tandem with his Pan-African and nonalignment ideologies. A strong Navy was aimed at supporting his vision of an African High Command, which would unify the nations’ defenses and prevent conflict on the continent. The toppling of Nkrumah in 1966, however, meant that his vision, as well as the agenda of equipping and building a high-class Navy, were no longer national priorities. For instance, contracts for two ordered frigates for the Ghana Navy were promptly annulled. In subsequent years, vessel acquisition for the Navy became rare.

In the first decades after independence, threats arising from the maritime domain were relatively sparse. This meant there was less focus on the maritime environment, maritime security and the Ghana Navy. However, the conflicts in Liberia and Sierra Leone in the 1990s, which led to an influx of refugees to Ghanaian seaports, changed the narrative. The refugee situation presented an early discourse on the maritime domain and potential threats arising from the sea. Since then, developments including the discovery of offshore oil and gas in 2006, the return of piracy, and the rise of drug trafficking in the Gulf of Guinea have underscored the importance of a well-resourced Navy.

For many years, there was little public debate on the concept of maritime security. Even when piracy increased across the Gulf of Guinea in the early 2000s, the issue did not receive much attention in Ghana’s policy space. In some cases, Ghanaians apparently believed that they were protected from sea-based threats. For instance, Ghana’s deputy minister of the interior asserted that the security measures put in place along Ghana’s coast made it “too dangerous for pirates to operate.” Yet, piracy in Ghana’s waters was increasing. By the summer of 2014, two high-profile incidents off Ghana’s coast made it evident that the country had to address the challenge of piracy.

The attacks, as well as illegal fishing by foreign trawlers, highlighted the need to structure Ghana’s maritime security governance framework and capability to respond to the emerging complexity of maritime threats and their potential harm to the economy.

Although the Ghana Navy once was the country’s only seagoing institution, the increasing threats triggered calls for a multiagency approach. This led to the 2011 reestablishment of the Ghana Marine Police, a unit that had been disbanded in 1942. Additionally, new assignments were added to the Ghana Navy’s package. The Ghana Navy defines its role and operational mandate to include:

It also assists other state authorities, such as the Ghana Maritime Authority (GMA) and Ghana Ports and Harbours Authority, in fulfilling their mandates. Lastly, it works to protect the country’s fisheries and enforce pollution laws in collaboration with Ghana’s Fisheries Commission and the Environmental Protection Agency.

Although the multiagency approach to maritime security is a positive development for the country and its Navy, it also means that the hegemonic role of the Ghana Navy in the maritime domain has changed. For example, it remains unclear what the respective seaward limits of the deployments of the Ghana Navy and the Ghana Marine Police are. In practice, the Marine Police lack the capacity to conduct deep-sea operations, but no limit has been placed on them by law or policy. This has the potential to create clashes and conflict between the two entities. Another issue is the institutional conflict between the Ghana Navy and the GMA. The general view is that since the 2004 enactment of the Ghana Maritime Security Act, which was meant to implement the International Ship and Port Facility Security Code in Ghana, the GMA has been claiming a lead institutional role for maritime security in the country. However, this approach raises considerable concerns from the Ghana Navy and other stakeholders, an issue that has lingered for more than a decade.

Finally, the Navy is increasing coordination with the private sector. The Ghana Navy has begun collaborating with offshore oil and gas companies, and entered into agreements to protect crtitical infrastructure. The Navy signed a five-year memorandum of understanding in January 2022 to provide security for oil infrastructure and personnel at the Jubilee Oil Field, 60 kilometers off its coast. Exercising this responsibility while avoiding clashes with civilians and without diverting attention from other key duties will be a challenge for the Navy. For example, it will pit the Navy against artisanal fishermen who regularly enter safety zones and exclusive areas around offshore oil and gas installations in search of fish stocks, which the fishermen report have been depleted in recent years.

Despite the addition of players in Ghana’s maritime domain, the Ghana Navy remains an important actor in the maritime security governance framework due to its institutional role, expertise and experience at sea.

Ensuring maritime security requires effective surveillance and maritime domain awareness (MDA). The Ghana Navy depends on a number of MDA platforms to monitor Ghana’s coast and to sustain its operations. Two of these are worth highlighting. It relies on SeaVision, an unclassified maritime surveillance application created by the U.S. in 2012 and used by about 25 West and Central African countries. SeaVision draws from automatic identification systems (AIS) data that is processed to provide users a picture of vessels operating in their region. Relying on AIS means that it is vulnerable to missing some threats. The Ghana Navy also uses the Vessel Traffic Management and Information System (VTMIS) procured by the GMA. The satellite system of the VTMIS is supported by coastal radar-based technology with radars deployed along the coast of Ghana. Coastal radar-based surveillance platforms have limitations, including reach/range and the occurrence of dark zones where coastal radars poorly interlock. The system also is greatly impacted by sea and weather conditions.

An obvious challenge for all navies, including advanced navies, is the high cost of vessels and the ability to procure enough platforms to cover vast areas. Most analysts of the Ghana Navy observe that it was better equipped in the first decade of its establishment, suffered a decline in capability in the following decade, and was reinvigorated in the 1980s through the 1990s with the acquisition of the Achimota and Sebo classes of ships. After long service to Ghana, these ships were decommissioned, reverting the Ghana Navy to a state of insufficient platforms for a long while. Despite ship donations from the U.S., the Ghana Navy still suffered capability challenges. The discovery of oil and gas in commercial quantities and the expanded tasks of the Ghana Navy have resulted in more attention to the institution, with Ghana steadily introducing new vessels into service in the past decade.

In October 2017, it commissioned four patrol boats. In February 2022, the Ghana Navy commissioned four new Flex Fighter vessels, while the Ghanaian government revealed that it is acquiring two new offshore patrol vessels. The four vessels, acquired with the support of the oil and gas industry, are christened GNS Volta, GNS Densu, GNS Pra and GNS Ankobra. Despite adding these new ships to its fleet, the Ghana Navy is stretched thin as it seeks to uphold its responsibilities along a coastline that stretches 550 kilometers and an EEZ spanning 235,000 square kilometers.

Ghana’s maritime domain has changed dramatically since independence, bringing difficulties and opportunities. The Ghana Navy collaborates with various governmental agencies and international partners to tackle security challenges. As the concept of maritime security expanded in the past decade, Ghana’s Navy has had to deal with traditional stakeholders and “newcomers” in the country’s ocean governance architecture, some posing challenges to the Ghana Navy’s historical position as the lead maritime security and enforcement agency. The Ghana Navy is adapting to this.

Although the Ghana Navy has challenges relating to MDA and being an effective presence at sea to respond to threats, it still is one of the most capable navies in the region. With rising insecurity in the Gulf of Guinea, Ghana is strengthening its Navy with new naval infrastructure, including multiple forward operating bases along its coastline and vessels to cover more area. The new vessels will enable the Ghana Navy to safeguard its maritime interest, including the protection of oil and gas activities and fisheries. Figuring out how to best use its limited resources and build effective security partnerships inside and outside the country will be the difference between success and failure in the coming years. By learning from its history and embracing new technology and partnerships, the Ghana Navy is well positioned to meet these challenges. 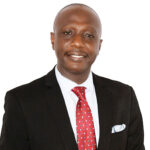 Kamal-Deen Ali, Ph.D., is a retired naval captain, the executive director of the Centre for Maritime Law and Security Africa, and a senior lecturer at the University of Professional Studies in Ghana. He is a fellow of the Council on Foreign Relations Ghana, the Australian National Centre for Ocean Resources & Security, and is an associate of the Corbett Centre for Maritime Policy. He has published widely on matters relating to maritime security and is the author of “Maritime Security Cooperation in the Gulf of Guinea: Prospects and Challenges” (2015). 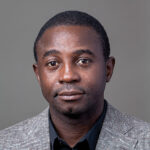 Humphrey Asamoah Agyekum, Ph.D., is a postdoctoral researcher in the Department of Political Science, University of Copenhagen, Denmark, where he works on maritime security and manages the project “Analyzing Maritime (In)security in the Gulf of Guinea.” He is the author of “From Bullies to Officers and Gentlemen: How Notions of Professionalism and Civility Transformed the Ghana Armed Forces.”