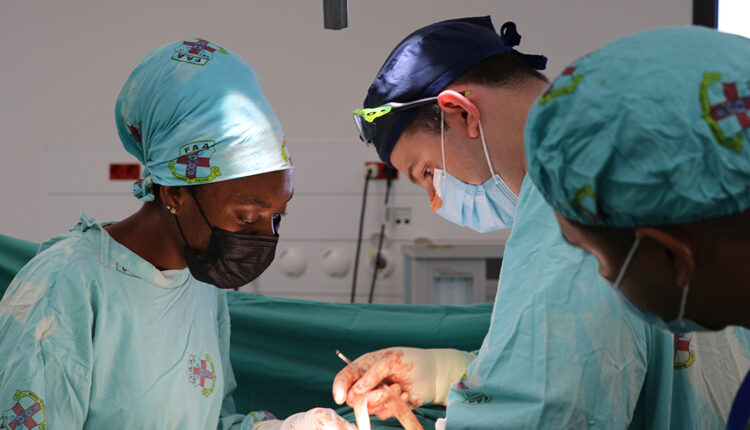 Angolan military medical personnel and the United States Army began an 11-day joint medical readiness exercise (MEDREX) in the capital, Luanda, that was scheduled for November 8 to 18.

It was the first of six planned medical readiness exercises for fiscal year 2023 by the Southern European Task Force, Africa (SETAF-AF).

“This is a highly important exercise, because it is the first time this exercise is happening in Angola,” she said during the opening ceremony.

“The goal is to create a medical force that is ready and reinforce the current cooperation that there is already between Angola and the U.S.,” Buruti said. “That will definitely be fruitful for both of the medical teams.

Gen. Michael E. Langley, who became the sixth commander of U.S. Africa Command in August, attended the second day of the MEDREX.

He toured the Principle Military Hospital/Superior Institute of Medicine with Buruti and Alberto DeAlmeida, director of health services for the Angolan Armed Forces, and spoke of the importance of the joint exercises.

“This MEDREX shows the value of our bilateral cooperation between our two countries,” Langley said. “Sharing of professional skills across the medical profession. It also demonstrates your commitment to providing quality medical care for the people.”

The aim of the MEDREX is to help the Angolan military increase its treatment capability while sharing best practices and technical expertise with U.S. personnel. The exercises also build goodwill between the public and the two militaries.

“We have a shared interest in promoting a secure, stable and prosperous Africa,” SETAF-AF Commanding General Maj. Gen. Todd Wasmund said during the opening ceremony. “The MEDREX program is an important component of that, where our efforts, working with our African partners, address complex medical challenges.

“The importance of this work is significant.”

Medical professionals from the U.S. Army worked side by side with their Angolan counterparts and found that they learned from each other and forged bonds along the way.

Maj. Ryan Holland, chief of the Office of Security Cooperation at the U.S. Embassy in Angola, expressed how honored the U.S. is to partner with Angola in its first MEDREX.

“This exercise is another highlight in our partnership that began with assistance in controlling and treating HIV/AIDS for nearly 20 years and has contributed over $600 million to strengthening the health sector in that time,” he said during the opening ceremony.

“Medical cooperation is a pillar of our bilateral relationship and is a critical aspect of our nation’s efforts to promote prosperity, security and good governance.”

Should Masks Return to Prevent Spread?