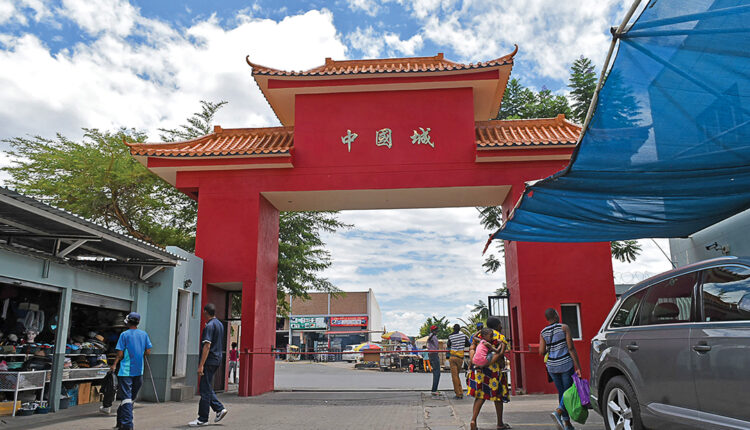 Namibian tax authorities made a shocking discovery in 2017. Millions of dollars were leaving the country for China, but only a fraction was taxed.

The scheme was uncovered when Chinese businessman Jack Huang was arrested on charges of tax fraud, and officials discovered he was part of something much larger. Between 2013 and 2016 Huang, who operated a customs clearing business, had imported goods with a declared value of $14.3 million. The true value of the goods was more than 10 times higher. During the same period, he sent $209 million to China to pay for the goods.

As officials dug deeper they found that the system involved underreporting the value of shipping containers and moving commodities around the world without leaving a paper trail. It was part of a global system known as feiqian, or “flying money,” that for centuries has helped conceal the movement of items such as minerals, wildlife parts and timber. 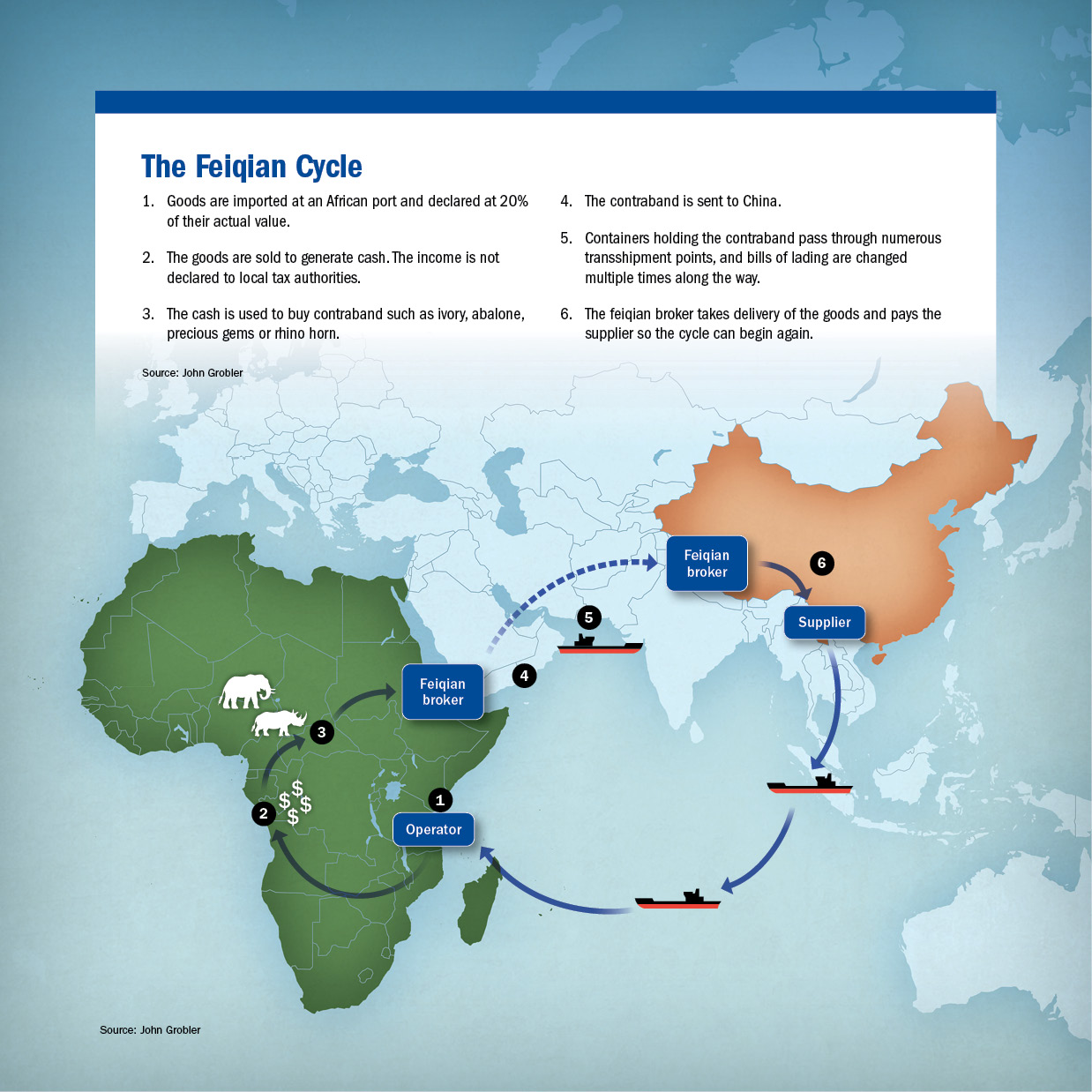 Namibia is home to more than 7,000 self-employed Chinese businesspeople and other foreign merchants, and it has struggled to track commercial activity and enforce its financial laws. The scope of the fraud led an exasperated Namibian Inspector General Sebastian Ndeitunga to declare “there will be no mercy” and “we will leave no stone unturned.”

But feiqian is difficult to police. Namibian journalist John Grobler spent a year investigating it and found that tracing the money is like chasing a phantom. The trick is that most of the currency never leaves China — only the commodities are exchanged.

“It is a system of invisible and untaxed trade that has given Chinese business an edge in Africa’s construction sector, the untraceable income used to underbid local competitors and grease palms for contracts,” Grobler wrote for the environmental journalism organization Oxpeckers.

Feiqian began more than 1,200 years ago in China’s Tang dynasty. At its core, it is a system of payment based on trust and relationships.

Grobler said it is similar to the remittance system known as hawala used in much of the Muslim world. In this system, people living abroad send money back to their home country through a trusted agent who delivers the cash in exchange for a fee.

Feiqian uses the same type of trust-based, off-the-books payments but can be much more complex. In the feiqian system, goods are imported with the help of a Chinese broker and declared at a small fraction of their true value. These goods, often building supplies, then are sold to generate currency. This currency is used to buy illicit goods such as wildlife parts or illegal timber. Those goods then are secretly shipped back to China, and the broker is repaid by receiving this valuable illicit commodity.

It’s a circular trading route that has no need for traditional banks or institutions.

“It’s like a systematic defrauding of authorities on either side of the pond,” Grobler told ADF. “Because it’s a trade-based thing, they can manipulate the figures, and none of this runs through conventional channels. … It’s only between a local trader and his supplier in China. You can’t see it; it’s not visible anywhere.”

Grobler said the Chinese shopkeepers and businesspeople in Namibia virtually all operate on a “cash-only” system. They do not produce invoices or offer receipts to customers. This makes it exceedingly difficult for local authorities to enforce tax policies.

After Huang’s arrest, Namibian Finance Minister Calle Schlettwein vowed to crack down on the practice. He insisted that foreigners must not be able to skirt national laws through financial shell games. “Our tax system is not based on nationality but on the source of income,” Schlettwein said. “All income received or deemed to be from a Namibian source is taxed in Namibia.”

For feiqian to work, the goods sent back to China must be valuable, untraceable and able to be divided into small units. Some preferred items are ivory, rhino horn, rosewood, gemstones and succulent plants.

The key is that the goods can be spread around on the black market to pay off multiple people.

“What makes this form of feiqian so suited to smuggling is that the product — contraband — is fungible,” Grobler wrote. “Every kilogram of rhino horn, ivory, abalone and shark fin, or log of hardwood can be divided into smaller parts, which are more easily traded.”

One vivid example of feiqian is the multimillion-dollar illicit abalone trade in South Africa. The sea snails are considered a delicacy and prized by Chinese diners for their buttery taste. To meet this demand, an illicit abalone supply chain has developed that involves sending materials through South African front businesses and turning that material into cash, which is used to pay divers to harvest the abalone and smugglers to transport it. Many of these local operators receive payment in illicit drugs or chemicals to make drugs.

According to the nongovernmental organization TRAFFIC, 96 million abalone shells were illegally harvested from South African waters in the 10 years ending in 2016. The trade, often run by Chinese organized crime syndicates, fuels violence and drug addiction in South African cities.

Can it Be Stopped?

For countries with limited resources, tracking and stopping financial crimes is a challenge. The United Nations Office of Drugs and Crime (UNODC) estimated that African countries lose $88.6 billion annually through illicit capital flight. That total is about the same as all of the aid money and foreign direct investment spent across the entire continent. Stopping these illicit flows would be an enormous financial boon to countries and help them protect critical natural resources.

“We need all countries, our partners in Africa as well as transit and destination countries, to join this fight,” said Ghada Fathi Waly, executive director of the UNODC.

The UNODC is working with 17 African countries to develop an asset recovery network that will help them seize smuggled currency, combat organized crime, and halt the money laundering used to finance crime and terrorism. The network lets members exchange information and learn about effective legislation to combat these crimes.

In a 2020 report, the Environmental Investigation Agency (EIA) found that many countries do not investigate or prosecute wildlife trafficking as a financial crime. Traffickers are punished under wildlife protection laws even though money laundering laws carry stiffer penalties.

When countries lack the capacity to follow the money, syndicate bosses escape punishment and can continue their crimes.

“If anyone is arrested it is usually a lowly courier,” the EIA reported. “A multi-tonne seizure, which if investigated from a financial perspective could yield important evidence and clues, becomes merely a business expense for the traffickers involved.”

For its part, Namibia believes it has made strides against illegal trafficking. After a ban on timber exports, the country resumed the export of rosewood and other timber in 2020 under strict guidelines. The country also has modernized its customs program, adding more scanners and technology to track and inspect containers coming into the Port of Walvis Bay. Customs officials have undergone training to identify wildlife contraband.

However, it remains to be seen how traffickers will adapt and try to avoid these restrictions.

“It’s so difficult to investigate something that, by design, is supposed to be invisible,” Grobler said. 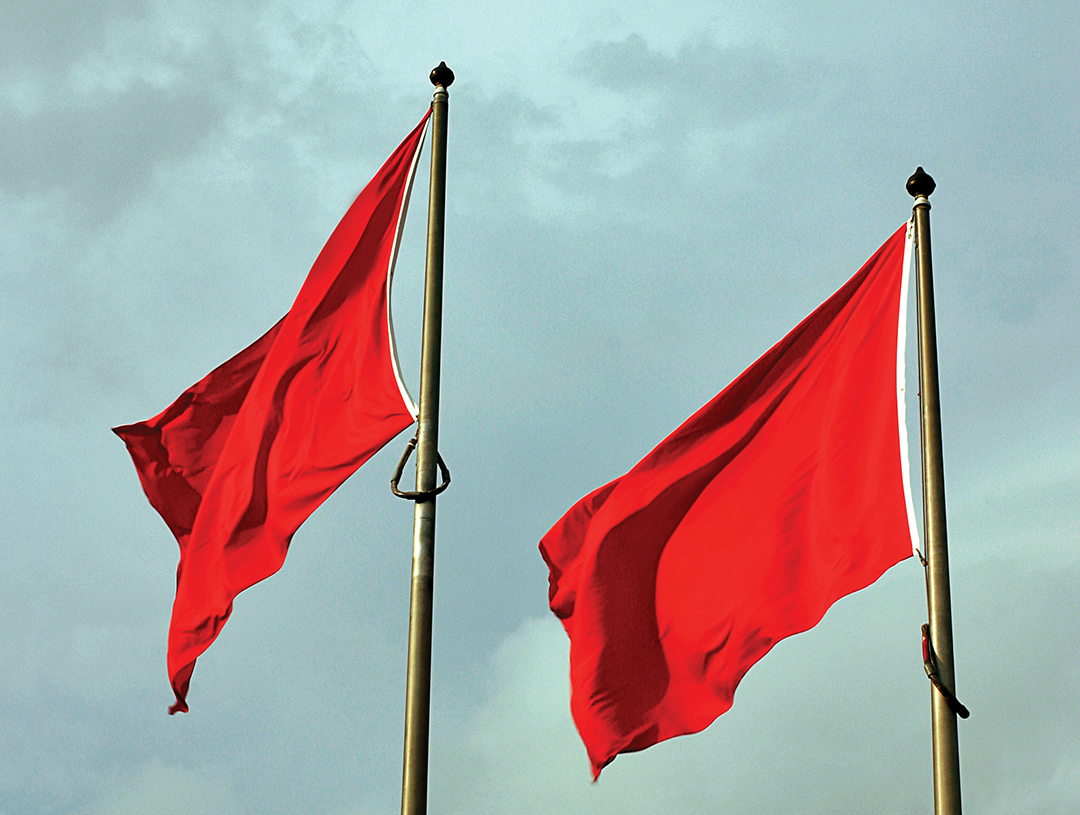 Greater awareness of the warning signs or red flags associated with international wildlife trafficking can help countries enforce their laws.

Some of those warning signs are:

Front companies: These often are general trading companies set up by foreign nationals and registered at residential addresses.

Exporting low-value commodities: Companies exporting commodities such as shells, plastic pellets or beans might be using the exports to conceal valuable illicit wildlife parts such as ivory.

Circuitous routes: Shipments that take indirect or inefficient routes, including stops at multiple transit ports, may be a sign that the shipper is trying to avoid being tracked.

Changes to bills of lading: A bill of lading is a document that accompanies a shipment and must be signed by the carrier, shipper and recipient of the goods. In illicit trafficking, multiple changes to bills of lading might be made while a container is en route. This can include ownership changing hands multiple times before the container reaches its destination. This can make tracing more difficult.

Large withdrawals: Frequent withdrawals of U.S. dollars from Chinese-owned money exchanges, particularly those operating in wildlife trafficking hot spots, could be a sign of illicit commerce.