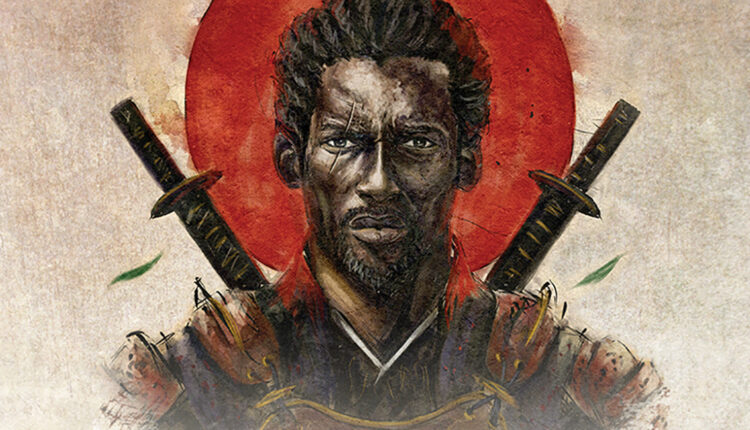 Almost 500 years ago, a man named Yasuke drew crowds wherever he went in Japan. He was the first foreign-born man to become a samurai, Japan’s elite warrior caste.

He also was the first, and only, black man most Japanese people had ever seen. A fellow samurai described him at that time as being stunningly tall, “and his skin was like charcoal.” He is believed to have been 1.88 meters tall, towering over Japanese men, who averaged 1.6 meters at that time.

His given name is not known. Yasuke, pronounced yas-kay, was his Japanese name.

He arrived in Japan in 1579. Historians believe he was a native of Portuguese Mozambique, but others say he may have come from Ethiopia or Nigeria. Some historians insist that he was a slave, but others say that he could not have become an accomplished samurai so quickly without having come from a warrior background.

He may have been the first black man to set foot in Japan. He was traveling with an Italian Jesuit and attracted the attention of the warlord Oda Nobunaga, who was trying to unify the country and become its shogun, or sole military ruler.

Yasuke is said to also have visited India before arriving in Japan, which would have intrigued Nobunaga. One historian noted that Nobunaga also would have appreciated that, unlike the Jesuits, Yasuke had no religious agenda. Almost immediately after meeting Yasuke, Nobunaga gave him a considerable amount of money.

All accounts concur on Yasuke’s great intelligence. He learned to speak Japanese quickly and well; he would never have risen in Japanese society without it. He reached the upper levels of the samurai in about a year — an extraordinary achievement under any circumstances.

Yasuke and Nobunaga were similar. Both sought the company of disciplined and intelligent people. Filmmaker Floyd Webb said that while Nobunaga was a fan of Noh, a form of classical musical drama, Yasuke liked to dance and perform Utenzi, a type of Swahili narrative poetry celebrating heroic deeds.

Yasuke’s time as a samurai was brief. By 1582, only two years since Yasuke had become a Japanese warrior, Nobunaga had become the most powerful warlord in the country. In his quest to unify the country under his rule, he had destroyed the rival Takeda clan earlier that year at the Battle of Tenmokuzan, giving him control of central Japan. Nobunaga’s only remaining rivals were the Mōri, Uesugi and Hōjō clans. Each clan had internal problems of its own.

In June 1582, he went to battle against the Mōri clan. He split his army and rode off with Yasuke and 29 other trusted Soldiers. While the 31 men rested at the temple of Honno-Ji, 13,000 Soldiers serving under Akechi Mitsuhide, one of Nobunaga’s trusted generals, ambushed and attacked them.

The temple was set afire, and with the situation hopeless, Nobunaga carried out a ritual suicide known
as seppuku.

Yasuke is said to have been the only survivor of the ambush. He later was captured and made to stand before Mitsuhide, who called him “an animal” but spared his life and commanded that he be returned to the Jesuits. He may have spent his remaining years at a mission in Kyoto. No one knows.

The story of Yasuke lives on, particularly in Japan, where he is best remembered in an award-winning children’s book. He has been the subject of documentaries, more books, and even featured in comic books and video games.