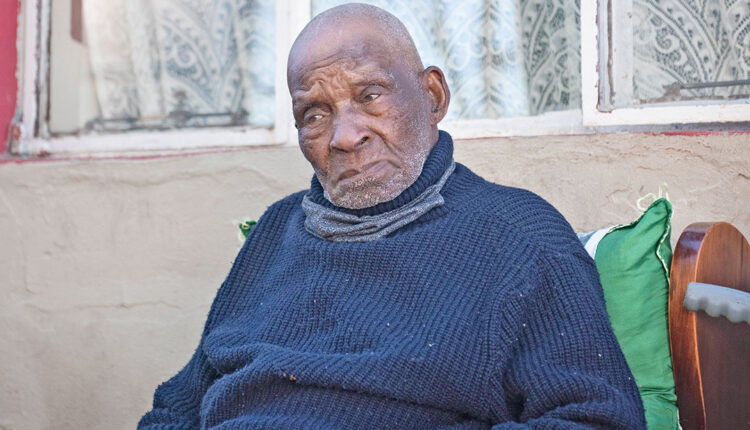 When Fredie Blom was born, the automobile was in its infancy, the first airplane was less than a year old and World War I was in the future.

More than 116 years later, Blom still got around with the help of his cane. On warm days he would sit outside his home in the Delft neighborhood of Cape Town, South Africa, and smoke his beloved cigarettes.

“I have lived this long because of God’s grace,” Blom told Agence France-Presse on his birthday in May 2020. About three months later, however, Blom’s long life came to an end by natural causes.

Blom was born in 1904 in Adelaide, a rural hamlet in South Africa’s Eastern Cape province. At the time of Blom’s most recent birthday, a 112-year-old British man had been officially certified as the world’s oldest man by Guinness World Records. Blom’s age had not been verified by Guinness.

He has the distinction of being alive for two notorious global pandemics, the first being the so-called Spanish flu of 1918. That flu wiped out his entire family.

Even so, COVID-19 didn’t give Blom reason for panic. He took the latest pandemic in stride. He did confess consternation at one of South Africa’s pandemic lockdown provisions: a ban on cigarette sales. The government later eased up on tobacco sales, which helped him realize his birthday wish.

As his family celebrated his birthday, Blom — known affectionately as “Oupa,” which means grandfather — walked outside his home to sit in a wooden easy chair. His stepdaughter squirted his hands with sanitizer. His wife, Jeanette, soon joined him there. The two were married 46 years.

Local children and his wife’s grandchildren serenaded him with a birthday song and enjoyed a hot plate of food provided by Blom’s family.

Blom hadn’t seen a doctor in more than two years before his death. He said he was tired of being pricked and prodded.

Blom never had children, but he adopted Jeanette’s from a previous marriage. “He has done everything for us,” his stepdaughter, Jasmien Toerien, said in May. “He would wake up at three or four in the morning to cycle to work. He loves animals and gardening.”

His long life came to an end suddenly. On August 22, 2020, Blom died of natural causes at Tygerberg Hospital in Cape Town. Two weeks before his death, he “was still chopping wood,” family spokesman Andre Naidoo told Agence France-Press. “He was a strong man, full of pride.”