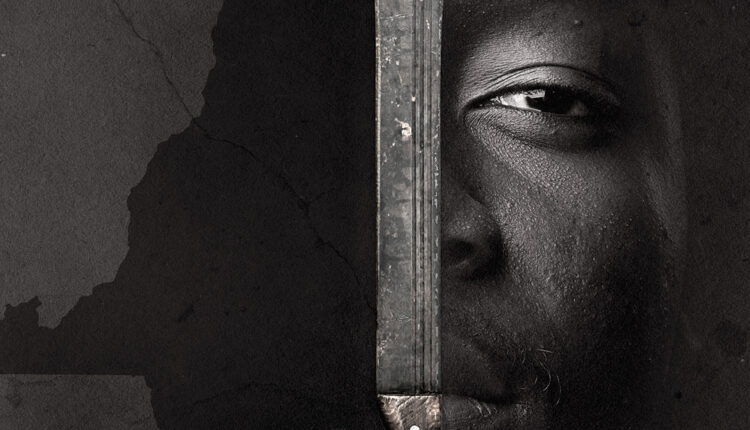 The proliferation of armed groups in Africa’s second-largest country has destabilized the nation for decades, but an incident in December 2017 brought renewed attention to the dangers present in the Democratic Republic of the Congo (DRC).

The Allied Democratic Forces attacked United Nations personnel in the eastern DRC’s North Kivu province, killing 15 peacekeepers and at least five members of the national military and wounding another 53 peacekeepers.

The three-hour firefight destroyed at least one armored personnel carrier, U.N. officials told The Washington Post. “This is the worst attack on U.N. peacekeepers in the organization’s recent history,” Secretary-General António Guterres said at the time.

The Allied Democratic Forces, estimated to have 1,500 armed fighters, is responsible for other attacks on peacekeepers in the DRC: one in July 2013 and another in March 2014, according to a U.N. fact sheet. The group is just one of about 70 armed militant and militia groups fomenting violence across the DRC’s 2.3 million square kilometers.

Although now most active in the DRC, the Allied Democratic Forces formed in neighboring Uganda in 1995. Radical elements of Uganda’s Tabliq Muslim sect joined with Bakonjo fighters who had participated in the Rwenzururu movement, according to a 2019 article by Dr. Eleanor Beevor of the International Institute for Strategic Studies. The Rwenzururu secessionist movement was named after the kingdom in Western Uganda’s Rwenzori Mountains.

The group’s social and ethnic composition helped it operate along the borders of Uganda and the DRC. Uganda’s Bakonjo are connected by culture and language to the Banande people in the DRC. Only the contrivance of a colonial border separated them in the 20th century.

Beevor wrote that the Allied Democratic Forces fled into the DRC’s North Kivu province when the country still was known as Zaire. The nation’s then-dictator, Mobutu Sese Seko, and his successor, Laurent Kabila, allowed the armed group to roam the border region to deter Rwandan and Ugandan incursions.

This left the group “free to engage in advantageous, short-term partnerships with other rebel groups, to benefit from illicit border trade and to court the support of international actors,” Beevor wrote. “Sudan, for example, regularly sent the group arms and funds.”

Paul Nantulya, a research associate with the Africa Center for Strategic Studies, wrote in February 2019 that the Allied Democratic Forces has “taken on many faces ranging from Salafi-Jihadi to secular-nationalist, ethno-nationalist, and secessionist, with each aimed at different audiences and employed for different purposes.”

In a region notorious for dozens of armed groups, each with peculiar and sometimes competing interests, the Allied Democratic Forces has shown a growing willingness to employ ferocious violence. From 2017 to 2018, violent incidents attributed to the group have grown from 38 to 132, Nantulya wrote. That’s a 247% increase. In the same period, fatalities doubled to 415. The group has killed hundreds of civilians since 2014.

Perhaps most disturbing to observers is the group’s recent flirtations with the Islamic State. A 2018 report in The Defense Post indicates that the group has links to Islamic influences in Uganda.

It’s unclear to what extent the group may be aligned with ISIS, but the Congo Research Group (CRG), which focuses on conflict in the DRC, analyzed 35 videos on private social media channels between 2016 and 2017. The research group’s report showed a “shift in the rhetoric employed by the movement, from a war against the Ugandan government to a broader struggle for Islam.”

According to the CRG, the Allied Democratic Forces has been calling itself “Madina at Tauheed Wau Mujahedeen” as far back as 2010. The name means “the city of monotheism and of those who affirm the same.” Some of the group’s videos include a flag similar to those used by ISIS, al-Shabaab, al-Qaida and Boko Harm. They also emphasize the importance of radical and violent interpretations of the Quran. Radical Islam is not new for the group, but emphasis on it has varied over time, according to CRG.

Nantulya wrote that videos and documents seized by the United Nations peacekeeping mission in the DRC would seem to indicate that the Allied Democratic Forces is focusing on establishing a regional caliphate. He argues that the proliferation of “ISIS-inspired narratives” in propaganda parallels the group’s “return to its Salafi roots so that it could exploit Jihad-Salafi networks in East Africa.”

These efforts, Nantulya contends, ramped up after the group lost considerable territory in military clashes with Congolese, Ugandan and U.N. forces. Major offensives in 2011, 2013 and 2015-2016 reduced the group’s ranks to just a few hundred fighters. The capture of leader Jamil Mukulu in Tanzania in 2015 also dealt a blow to the militant group. He remains in custody in Uganda.

The group’s response to these losses to military forces was to lash out against civilians in Beni, Bunia, Butembo and Eringeti to punish them for perceived government collusion. This increase in attacks corresponded with ethnic and jihadist propaganda, Nantulya wrote.

The violence continues. According to a December 2019 Al-Jazeera report, at least 17 people were hacked to death in two attacks blamed on the Allied Democratic Forces. DRC military spokesman Gen. Leon Richard Kasonga told the news service that the Army also found “a factory for large-scale production of homemade bombs” at a group camp seized by Soldiers.

The December attacks were part of a series of mass killings in response to Army operations against the group that started in late October 2019. The militants had killed at least 100 people between November 5
and December 5, 2019, to discourage civilians from helping security forces, Al-Jazeera reported.

Despite its hostility to local populations, the militant group has continued spreading jihadist propaganda and brought in recruits from as far and wide as Burundi, Rwanda, Tanzania and Uganda, Nantulya wrote. In fact, the group also has recruitment cells in South Africa and Tanzania.

Public resentment for the group is high, but the melange of armed groups in the DRC, coupled with the government’s inability to provide services, has hindered opportunities to isolate the militants. Information about the group’s finances is scant, but a U.N. report indicates that it benefits from outside financing.

The Allied Democratic Forces has proved resourceful and resilient by surviving among dozens of disparate armed groups despite relentless pressure from national armed forces and international peacekeepers. It has adapted to changing social landscapes by constantly adjusting to local grievances to advance its narrative. It has been willing to use whatever message works to maintain recruitment.

Dislodging the group from the hinterlands of the DRC will continue to be difficult. Those fighting the Allied Democratic Forces will have to establish and maintain effective intelligence networks and strong regional cooperation. To that end, Nantulya argues, the International Conference on the Great Lakes Region can play an important role.

In 2017, the organization launched an intelligence nerve center in Kasese, Uganda, near the border with the DRC. The center is staffed with eight security experts from the DRC, Kenya, Tanzania and Uganda, with staff members assisting them, according to Agence France-Presse. It started with a $600,000 investment and is financed by the four core member states.

“Once the intelligence information is received at the centre, it will be analysed by the experts, further investigated and disseminated to member countries for action,” Uganda Army spokesman Brig. Richard Karemire told Agence France-Presse.

Nantulya said the African Union-led Regional Task Force for the Elimination of the Lord’s Resistance Army (LRA) also can serve as a useful model. “The combined efforts of Ugandan, South Sudanese, and Central African Republic forces, supported by U.S. technical intelligence assets and advisors, played a major role in breaking the back of the LRA rebellion,” Nantulya wrote.

The LRA Regional Task Force used more than 3,000 Soldiers, which included 2,000 from Uganda, 500 each from the DRC and South Sudan, and 85 from the Central African Republic. The operation began in August 2013 and was code-named Operation Monsoon. The LRA now is much less of a threat in the region.

Finally, a successful strategy must address the lack of central and local government authority and service provision in the eastern DRC. Uganda has been more successful at this, and as a result the militant group’s ability to hold territory in that country has been prevented.

The militants’ “ability to mobilize and exploit local sentiments across multiple social, cultural, religious, and political landscapes underscores the need for robust public engagement strategies,” Nantulya wrote. “As long as [the group] can continue to tap multiple religious and secular grievances, a lasting solution to it will remain elusive.”