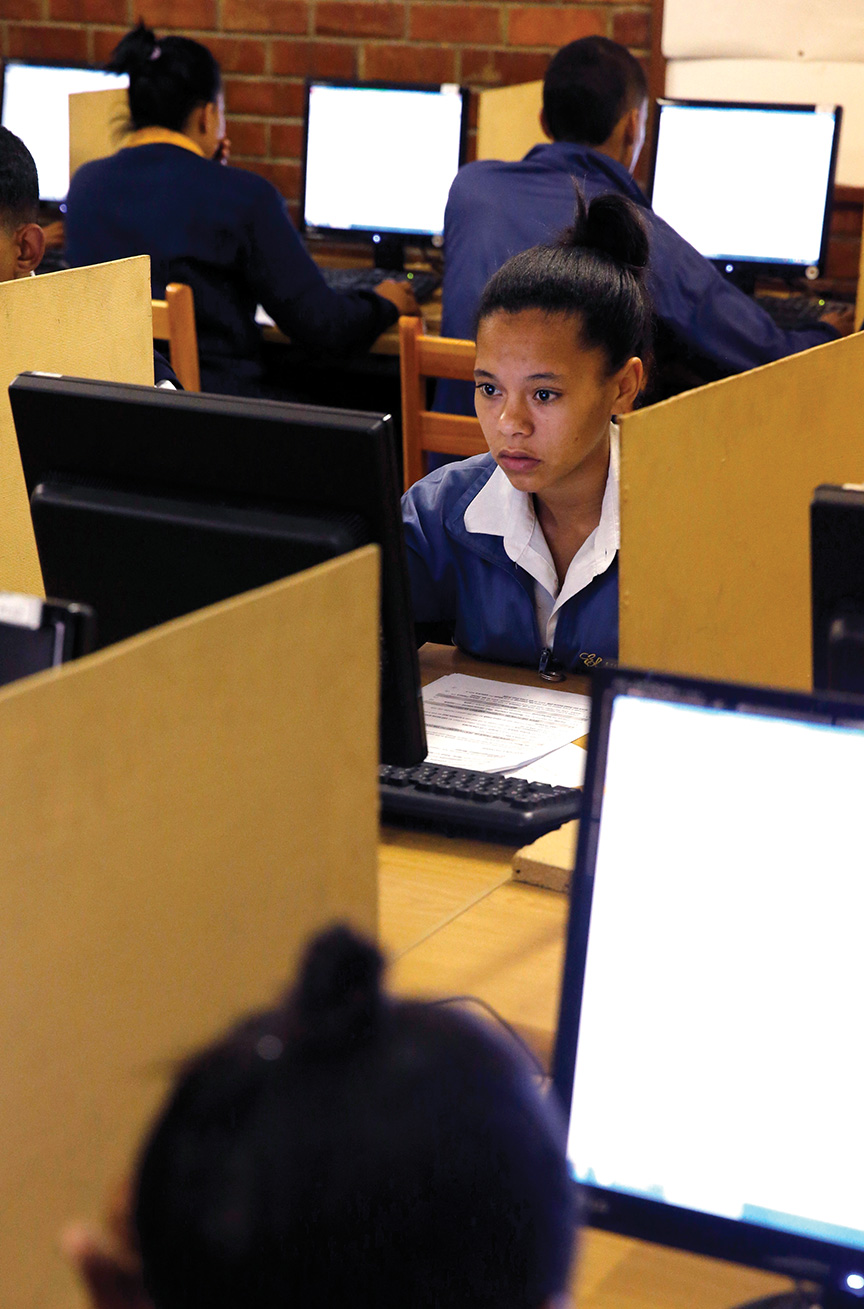 At Cape Town’s Elswood Secondary School, even the metal grills welded into its walls did not deter burglars from ripping out the copper cables that delivered Internet service to the students.

But Elswood’s pupils were saved by alternative technology — free wireless connection via unused parts of the TV spectrum known as white space. It’s being provided by a consortium led by Google as part of a wider trial.

Africa is the world’s last major untapped market for Internet access. Only 16 percent of its billion people use the Internet — half the penetration rate of Asia, according to the International Telecommunication Union.

Most Africans who can access the Internet do so via mobile phones. This pushed broadband usage to 11 percent in 2013 from just 2 percent in 2010. But mobile phone companies are reluctant to build costly antennas and networks in remote rural areas — meaning hundreds of millions of Africans still have little prospect of going online.

Television networks leave idle gaps between channels to protect themselves from interference from other networks. The technology uses these “white spaces” to transmit and receive wireless data signals.

The adapted TV radio waves can travel up to a 10-kilometer radius, making them ideal for connecting off-grid villages. They penetrate walls better than mobile signals, and they’re cheap to provide. Building a white space antenna costs one-tenth of the amount needed for a normal telecoms base station.

Africa’s thinly populated airwaves make it ideal for the technology because of the abundance of available spectrum. Microsoft is running pilot projects in Kenya, Tanzania and South Africa with the aim of launching commercial projects thereafter. Google is sponsoring trials in schools, including Elswood, across South Africa.