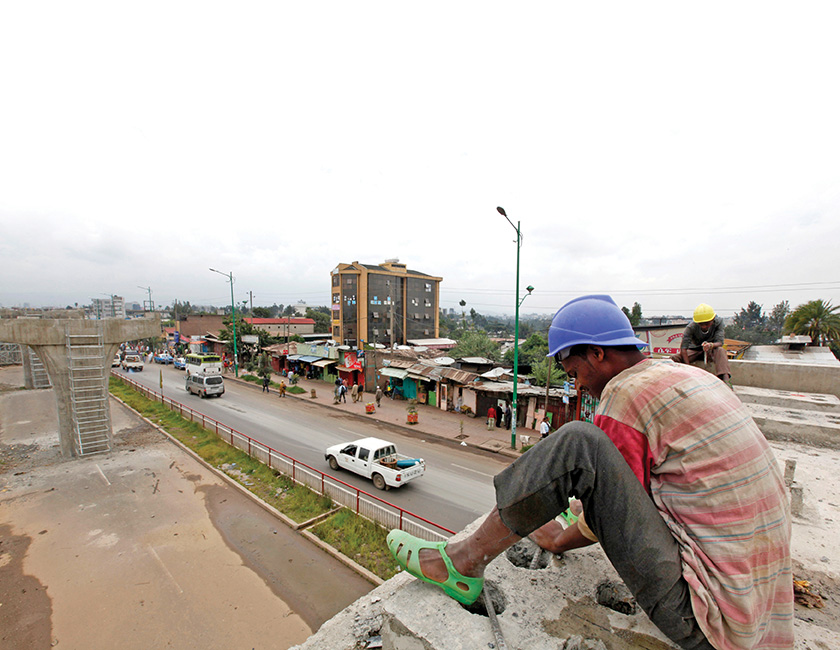 The European Union has signed a development grant with Ethiopia worth $287.26 million to help finance road construction and projects targeting maternal health and drought resilience.

As of 2014, Ethiopia, Africa’s second-most-populous country after Nigeria, was midway through a five-year economic plan that foresees almost tripling the country’s road network and beginning the building of 5,000 kilometers of new railway lines.

Addis Ababa’s big infrastructure push is aimed at connecting remote regions and has propelled the economy to double-digit growth for much of the past decade.

Once run by communists, Ethiopia’s economy is now Sub-Saharan Africa’s fifth-biggest, leap-frogging Kenya after a decade of robust growth. But it remains one of the world’s largest aid recipients.

In November 2013, the United Nations said Ethiopia was making slow progress in improving maternal health and that the rate of maternal mortality — dying in childbirth — was among the highest in the world.

The International Monetary Fund projects the Ethiopian economy will expand 7.5 percent in each of the next two budget years.