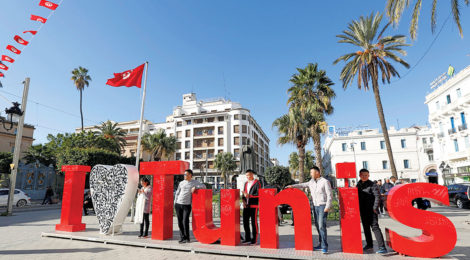 Tunisia’s tourism industry, hard hit by terror attacks in 2015, is rebounding, with revenues up nearly a third in the beginning of 2018, the sector’s minister said.

“There is a significant improvement,” Tourism Minister Selma Elloumi Rekik told AFP, as visitor numbers surpassed the first five months of 2014, largely due to rising Russian and Chinese arrivals.

The 2015 attacks devastated Tunisia’s tourism industry. An attack at the National Bardo museum in Tunis and another targeting a beach resort in Sousse together killed 59 foreign tourists and a Tunisian guard.

“This is the year of real recovery,” said Elloumi, adding that all hotels in key tourist hot spots Djerba, Hammamet and Mahdia were full for the summer season.

Before the attacks, tourists had flocked to the ancient ruins of Carthage, filled the country’s pristine beaches and enjoyed the food and cultural attractions of the capital city, Tunis.

“People are coming back to Tunisia because there is security … we are at the same level as any European city,” Elloumi said.