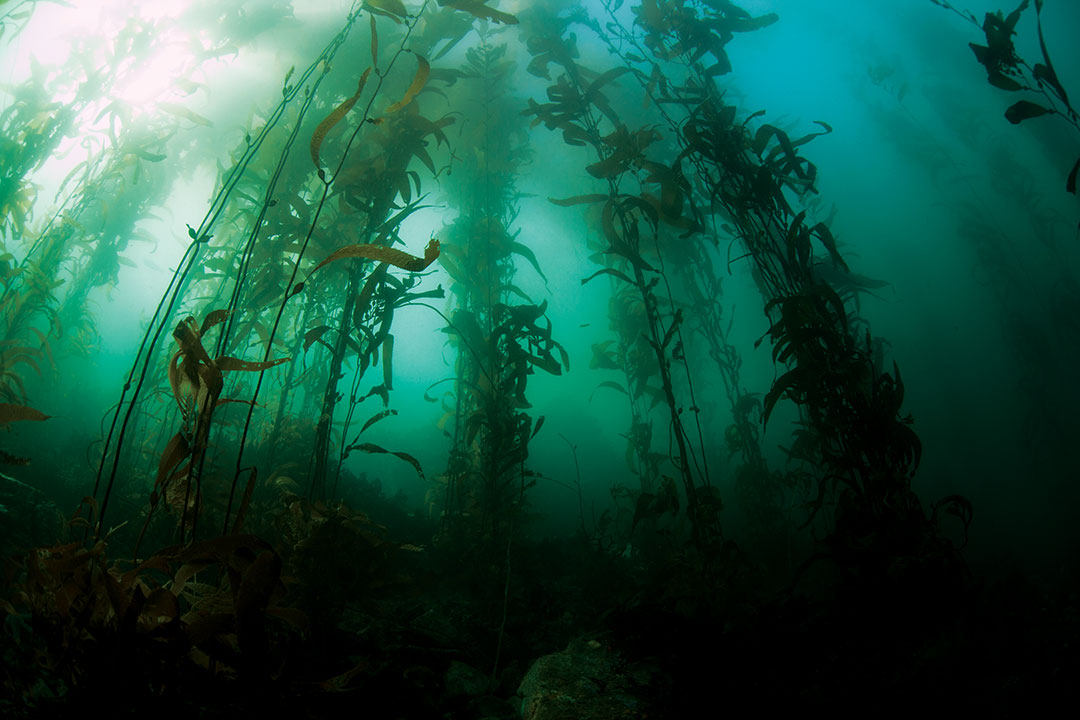 A net full of abalone isn’t much to behold. Their gray shells are covered with algae, and when cracked open they reveal a sea snail and an iridescent interior. But to those who traffic in it, abalone is worth its weight in gold. Between 2006 and 2016, 96 million of the mollusks were stolen from South African waters. This bounty is worth nearly $900 million, the conservation group TRAFFIC reported.

In Hong Kong, the primary destination, abalone is a delicacy, prized for its buttery flavor. The kingpins who run the operation are part of a shadowy, ancient criminal organization known as the triads.

These groups work with local street gangs. In exchange for abalone, they often give gang members the ingredients to make methamphetamine, known on the streets as “tik.” The result is a decimated abalone population and widespread addiction and violence on city streets.

“Right now, organized crime is winning the war. Abalone poaching has risen to its highest level in 20 years,” reported CBS News correspondent Debora Patta in 2018. “It has become so dangerous in South Africa that you’ve seen armed gangs actually try and attack vans that are carrying legal quantities of abalone.”

As Chinese triads make inroads across Africa, abalone isn’t the only commodity they’re targeting. They have a hand in illegal logging, counterfeit goods, drug trafficking, prostitution, gambling and other rackets.

“These Chinese criminals aren’t private sector entrepreneurs seeking to earn a quick, if dishonest, buck,” wrote Gary Busch in an article about the Chinese mafia. “They are part of ancient and well-organized criminal groups with a fierce internal discipline.”

Triads date back to 17th century China when underground political organizations formed to topple the Ching Dynasty. British colonial officials gave them the name “triad” because of the triangle symbol stitched onto flags and banners. The symbol represents the three elements of the universe: heaven, earth and man.

Due to their origins as a covert political group, the triads developed secret ways to identify members, cryptic forms of communication and elaborate initiation ceremonies. They flourished in Hong Kong but did not have a strict hierarchical structure like other mafia groups. Although run by a leader known as the “dragon head,” foot soldiers were given a numerical rank and allowed to branch off to form their own mini-criminal operations. Profits from the work didn’t flow in an orderly fashion and were shared as needed and sometimes given as gifts, Peter Gastrow wrote for the Institute for Security Studies.

By the 20th century, the triads’ political ambitions were long gone. In recent decades, the groups have been principally involved in drug and commodities trafficking. By the time Hong Kong was reincorporated as a part of China, officials estimated there were about 50 active triad organizations with about 80,000 members.

Modern triads are slightly more organized than their ancient predecessors. They are led by a “chairman” or “dragon head” who controls lieutenants with responsibilities such as bookkeeping, initiation of members or coordinating with other groups. Foot soldiers are known as “49-ers” and may be asked to transport or store illicit goods. The lowest rung is made up of “blue lanterns” who are typically young men aspiring to join a triad. They are asked to perform the most dangerous criminal activities.

“A strict code of conduct, based on a detailed oath of loyalty, provides the necessary cohesion and discipline within a group, irrespective of where members might find themselves,” Gastrow wrote.

CRIME ACROSS THE CONTINENT

Chinese criminal groups became active in South Africa in the 1970s when they were involved in the illegal shark fin trade. By the 1980s the groups had begun to model themselves after triads and branched out into other illicit activity such as gambling, human smuggling, selling firearms and drug trafficking.

By the early 2000s there were four main triad societies in South Africa. They operated independently of one another and of Hong Kong leaders but had strong connections to the broader hierarchy. Triad members typically visited South Africa, scouted locations and returned to China to get money. Once they returned to South Africa, they would set up a legitimate front business such as a textile factory or nightclub and begin operations.

Gastrow said intergroup violence is rare, but triad members are ruthless toward competitors and order contract killings. Triad members spend freely to try to corrupt police and low-level state officials and to protect their operations.

It is not only South Africa where Chinese mobs are establishing themselves. There have been reports of triad-related criminals operating in Kenya, Tanzania, Zambia and Zimbabwe.

In Namibia, a Chinese kingpin with reported links to the triads oversees an illegal logging empire that harvests wood from forests in Angola, the Democratic Republic of the Congo and Zambia. He has been arrested eight times on wildlife charges but has never been prosecuted.

In other parts of the continent, Chinese triads have begun illegally exporting donkey hides to feed a growing demand in Asia where the hides are used in traditional medicine. “From Nigeria to South Africa, syndicates have taken to raiding farms and smuggling donkey skins to Chinese middlemen,” Foreign Policy reported.

In parts of South Africa the impact of organized crime is visible. In early mornings, poachers can be seen flocking to the beaches of Western Cape. From Cape Agulhas to Cape Columbine, the turf is divided up and controlled by a prison-based gang known as the Numbers.

“On certain days, whatever comes out of the sea — abalone, lobster, periwinkle — belongs to them,” wrote South African journalist John Grobler in Vrye Weekblad, an online newspaper. They “descend in broad daylight and in large numbers on the craggy beaches to strip out whatever abalone they can ﬁnd without the police lifting as much as a ﬁnger.”

But the true beneficiaries are the Chinese exporters who control the trade. Ninety percent of abalone exports are destined for Hong Kong. Since Chinese exporters often pay in drugs, addiction rates have skyrocketed. South Africa now has the highest rate of methamphetamine use of any country in the world. Chinese criminal groups also have corrupted some local enforcement officials through bribery, Grobler reported.

“This culture of fear has integrated organized crime into the very fabric of the local community, with everyone dependent on the trade in one way or another: from the lookouts and the garage owner selling them fuel to the granny storing a night’s catch in a backroom freezer,” Grobler wrote.

The losers in this operation are numerous. In Western Cape, artisanal fishermen have found it impossible to keep up with poachers. By some estimates, the illegal trade is 10 times larger than the legal trade. Fishermen have seen the stock of sea life dwindle and their livelihoods imperiled. The loss of the abalone also upsets the ecological balance in coastal waters since the mollusk eats seaweed and cleans the water.

On land, once-quiet fishing communities have become the sites of gang turf wars.

“The only real winners have been the shadowy Chinese gangs known to have been at the heart of the drugs-for-abalone interface since the early 1990s,” Grobler wrote.

THE IMPACT OF ORGANIZED CRIME 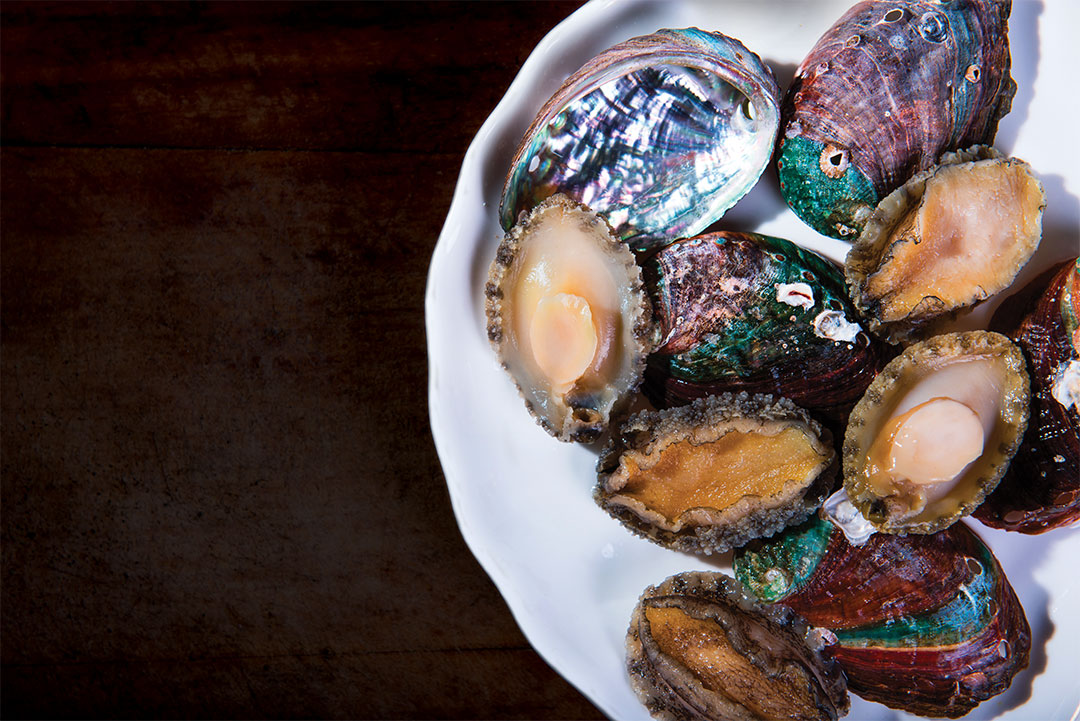 When resources are illegally trafficked, the state and, by extension, the people, are robbed of benefiting from the sale of the product.

Undermines faith in the state:

When traffickers operate with impunity, citizens lose faith in law enforcement and become more inclined to participate in the illegal economy.

Trafficking of natural resources leads to turf battles and killings and is typically linked to the drug trade. In the case of abalone trafficking, poachers often are paid in drugs, leading to increased addiction levels.

90% of exports are destined for Hong Kong