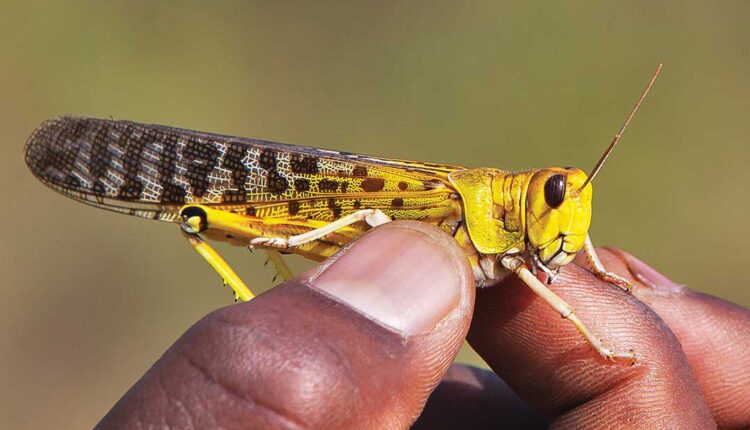 Since late 2019, the Greater Horn of Africa region has been dealing with the worst desert locust invasion in decades. Now, Somalia has opened a locust detection center to help deal with the crisis.

The locusts have destroyed tens of thousands of hectares of cropland and pasture. In Somalia, where the majority of people depend on agriculture and livestock for their livelihoods, recurrent drought and floods have significantly eroded household food security. The desert locust crisis has only made life harder.

Somalia, along with the Food and Agriculture Organization of the United Nations, opened the National Desert Locust Monitoring and Control Centre, based in Qardho in the northeast part of the nation.

Somali Minister for Agriculture and Irrigation Said Hussein Iid said the government has made control of the desert locust and other invasive species a priority and is enacting laws to protect the country from such invasions, Hiiraan News of Somalia reported. The monitoring center will be a major source of information on locust invasions throughout the region.

The U.N. says that Somalia has made major gains in suppressing one of the largest desert locust surges in recent history.

Desert locusts can cause major damage to crops because the insects are hardy, highly mobile and feed on large quantities of any kind of vegetation, including crops, pastureland and cattle fodder.

A typical swarm can be made up of hundreds of millions of locusts per square kilometer. They fly along with the winds, traveling up to 150 kilometers in a day. They are easily capable of eating vegetation equal to their body weight daily.