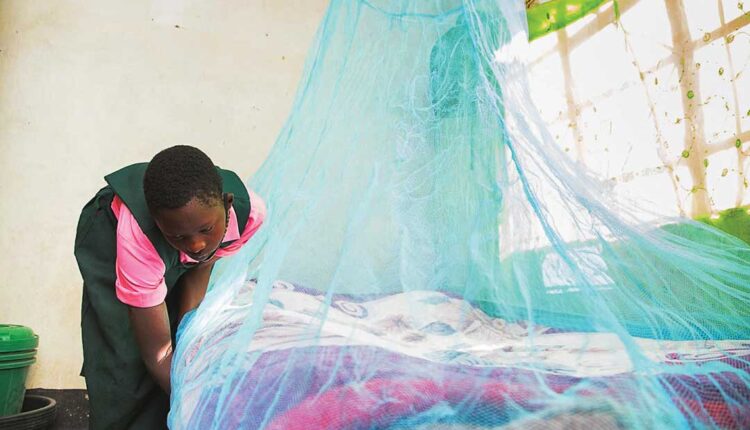 Malawi has begun a mass distribution of mosquito nets to reach as many of the country’s 19 million people as possible.

Nets reduce the spread of malaria, which in Malawi accounts for 36% of all hospital outpatients and 15% of hospital admissions.

Khumbize Kandodo Chiponda, Malawi’s minister of health, announced the Global Fund-supported campaign during the commemoration of Southern Africa Development Community Malaria Day. She told the Nyasa Times that the hope was that the 9 million nets in the program would each reach two people sharing a netted space or bed.

She also said that health workers will give antimalarial drugs to all expectant mothers to prevent them from suffering from the disease while pregnant.

Malaria is the most deadly disease in Malawi. In 2020, malaria killed 2,500 people there, more than any other disease, including COVID-19.

“And one of the challenges is that when you distribute the nets, you will find that, especially along the lake, these nets are used for fishing and sorts of things,” she told the Voice of America.

To reduce the chances of such misuse, the campaign also involves teaching recipients about the importance of sleeping under the nets.

“Africa spends about 12 billion dollars on Malaria annually,” Chiponda told the Nyasa Times. “There are 400,000 Malaria induced deaths in the SADC [Southern African Development Community] region annually. So, as SADC member states, we are coming together to ensure that we fight Malaria head-on.”