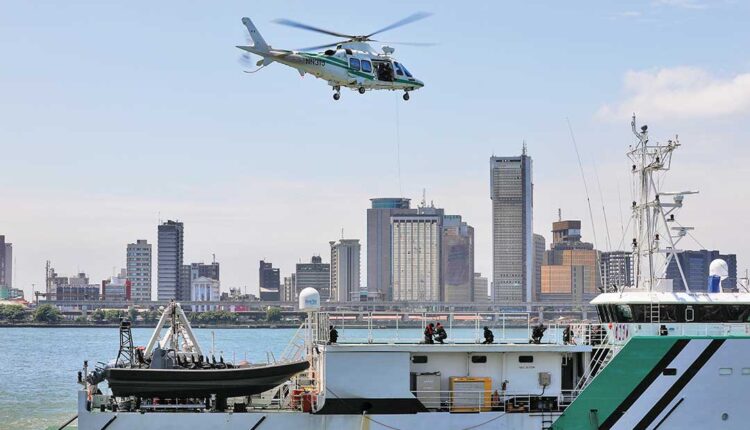 Piracy and armed robbery at sea dropped to their lowest levels in 18 years in 2021. The International Maritime Bureau (IMB) is crediting “vigorous action” by authorities in protecting seafarers.

In 2021, the IMB Piracy Reporting Centre received reports of 132 incidents of piracy and armed robbery against ships. There were 115 vessels boarded, 11 attempted attacks, five vessels fired on and one vessel hijacked. The Gulf of Guinea remained the world’s piracy hot spot.

IMB Director Michael Howlett welcomed the reduction in incidents while urging coastal states to stay attuned to the risk and “robustly” address crime in their exclusive economic zones.

“While the IMB applauds these actions, it further calls on the coastal states of the Gulf of Guinea to increase their collaboration and physical presence in their waters to ensure a long-term and sustainable solution to address the crime of piracy and armed robbery in the region,” Howlett said.

The increased presence of international naval vessels and cooperation with regional authorities played a role in the reduction, Howlett said. This included the actions of the Royal Danish Navy, which returned fire on a speedboat carrying eight suspected pirates in November 2021, killing four and capturing the others.

The Gulf of Guinea region saw reported incidents decrease from 81 in 2020 to 34 in 2021. Kidnappings at sea dropped 55% in 2021 in the Gulf. The Gulf of Guinea continues to account for all kidnapping incidents globally, with 57 crew members taken in seven incidents.

The IMB Piracy Reporting Centre warned that the threat to seafarers persists, and it continues to urge crews and vessels plying these waters to be cautious. This is because perpetrators are violent and the risk to crews remains high. Evidence of this was the kidnapping of six crew members from a container vessel in mid-December 2021.