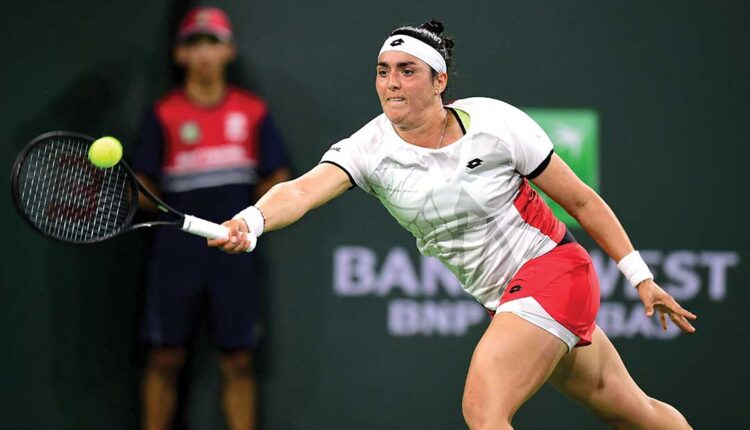 Tunisian tennis player Ons Jabeur got the world’s attention when she won the French Open junior title in 2011. Now, she says, tennis is more than just a sport for her.

Her home country has little in the way of tennis infrastructure and no established path for players to become professionals. Jabeur says she wants to change that.

“I don’t play for myself anymore. I play for my country, my continent, my region,” Jabeur told
The National, a United Arab Emirates newspaper. “Tennis for me is not just a sport. I try to set an example for people who want to be here one day, to have that opportunity to compete.”

As of early 2022, she was ranked 10th in the world, making her the top-ranked African tennis player, male or female, at that time.

She was 16 when she won the junior division at the French Open, making her the first North African junior to take the title. Since then, her career as a professional tennis player has had some challenges. She had to withdraw from the 2022 Australian Open because of a back injury. But she has firmly established herself as a top player on the Women’s Tennis Association tour.

“I know there are a lot of women in other countries who are not able to do that, and by me representing Arab women, I can lead by example,” she told
The National. “It’s very important for me and hopefully I can succeed in sharing this message.”

Growing up in Tunisia, she at times had no access to school or club tennis courts, forcing her to practice at the courts of nearby hotels. Jabeur began playing on the International Tennis Federation’s Junior Circuit in 2007 when she turned 13.

With her skills and the support of her parents, she trained in Belgium and France starting at age 16.