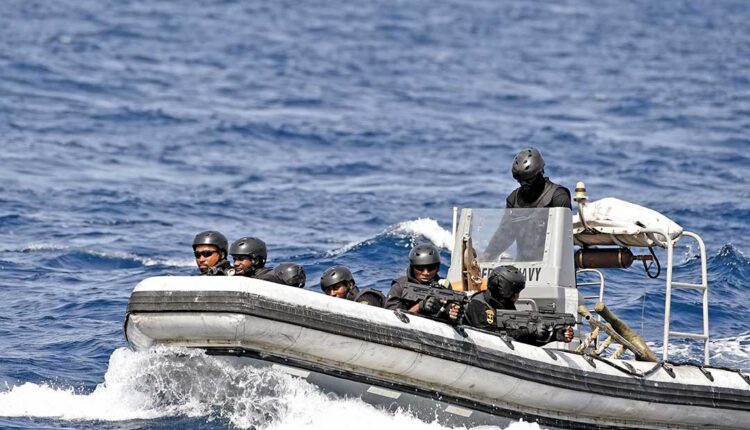 With piracy increasing in the waters off West Africa, Nigeria launched its Deep Blue Project, a multipronged approach to confronting crime in the Gulf of Guinea.

The $195 million effort brings together a mix of ships, aircraft and drones to patrol the busy shipping lanes off Nigeria’s coast. It will identify potential problem areas and respond quickly to piracy. The project comes after Nigerian legislators passed the Suppression of Piracy and Other Maritime Offences Act in 2019 to strengthen maritime security.

“This assemblage of new maritime security assets comes at a critical time when global discussions are centered on piracy and the new dimension it has taken in the Gulf of Guinea region,” Nigerian President Muhammadu Buhari said at the June 2021 launch of Deep Blue in Lagos.

Among Deep Blue’s anti-piracy arsenal are 600 specially trained troops, 16 armored vehicles for coastal patrols, four drones and 17 fast interceptor boats, along with other ships and aircraft.

At the same ceremony, Bashir Jamoh, director-general of the Nigerian Maritime Administration and Safety Agency, said the country will work with the London-based International Maritime Organization to “restore sanity to our waters.”