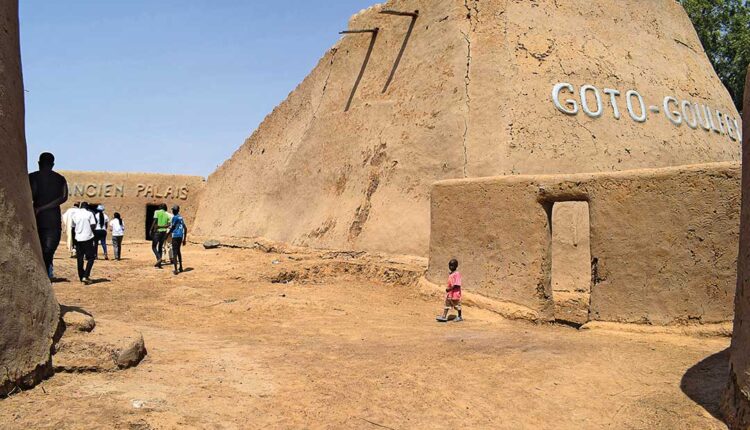 In the town of Goulfey in Cameroon’s extreme north, a 12-meter-tall clay tower is a reminder of a bygone era.

The Kotoko people built the Goto-Goulfey Tower about 500 years ago. It was part of a walled fortification that protected the city from invaders and offered a high vantage point from which to view the surrounding area.

Today, the structure has been converted into a museum that tells the history of the region with a focus on the weaponry and battle strategy used to defend the town.

“This museum is first and foremost the history of the Kotoko principality,” Abba Aba Kakaa, museum communications officer, told EuroNews. “This structure was put up a long time ago and can be traced back to ancient societies.”

Many early weapons forged from iron are displayed in the museum.

“In this era we didn’t have guns to fight enemies,” Abba Aba Kakaa said. “We used arrows and bows and spears and anything that can serve as a club. Those were our weapons.”

Such was the case in the late 1800s when the Sudanese warlord known as Rabah arrived to convert people to Islam, kidnap slaves and bring the region under the control of the Bornu empire. He faced ferocious opposition. During attacks such as these, all townspeople took up arms.

“When they saw movements and unknown people from above, they knew they were coming for war,” museum tour guide Mahamat Abame told EuroNews. “The inhabitants therefore took up arms, went around here and went to attack them outside.”

Although ongoing violence in northern Cameroon makes visiting difficult, the structure has been submitted as part of a tentative list for consideration as a UNESCO World Heritage Site.

“The tower is a masterpiece of human creative genius that clearly embodies a military strategy that enabled these people to anticipate attacks from neighbors,” the UNESCO description states. “This military architecture has allowed the survival of this population in the face of the various wars that have raged in the region during the previous centuries.”