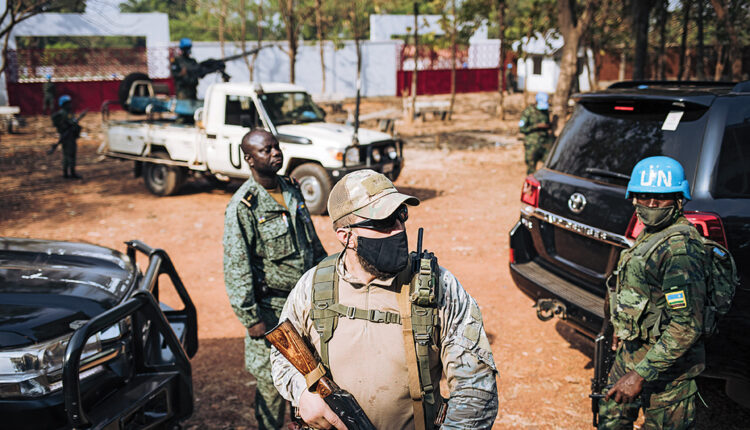 Private security should come with a warning label: Buyer beware.

Private military companies (PMCs) can be valuable when they play a supporting role. Militaries hire them to transport troops and equipment or to beef up security at areas of national interest. Oil and gas companies often hire them to patrol installations.

At their best, they offer a relatively low-cost solution to a security challenge. When held to high standards of professionalism, they can be an asset.

But some PMCs come with hidden agendas.

Globally, there is a worrying trend of foreign powers using PMCs or mercenaries as a way to exert influence and gain wealth. This phenomenon is particularly prevalent in Africa. One of the most notorious examples is the Wagner Group, headed by a close ally of Russian President Vladimir Putin. The group’s strategy is to provide muscular security to help autocratic regimes hold onto power. In return, Wagner is given access to precious natural resources and, in the process, the Russian government gains a political ally.

But nations pay a heavy price when Wagner gets involved.

In Libya, Wagner forces supporting Field Marshal Khalifa Haftar have fanned the flames of violence and committed war crimes in the hope of gaining access to oil wealth. In Sudan, Wagner-linked operatives are accused of propping up former dictator Omar al-Bashir in exchange for gold mining rights. In the Central African Republic, Wagner fighters are accused of torture and extrajudicial killings. And in at least five African countries, the group is credibly linked to online efforts to meddle in national elections.

In these cases, they are not providing security — they are undermining it.

It is incumbent upon African governments to demand the highest standards of professionalism and transparency from the security companies they do business with. Under strict guidance, some private companies can be helpful. But when left unchecked, PMCs can bring instability and unwanted foreign influence. When this occurs, the supposed security “solution” they offer isn’t worth the cost.