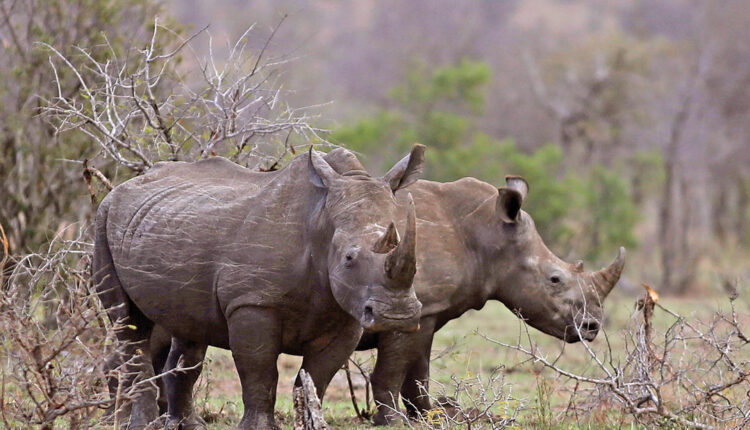 Officials at South African National Parks say cooperation with neighboring Mozambique has been key to reducing rhinoceros poaching in the famous Kruger National Park. Kruger is home to the world’s largest wild rhino population and has proven a tempting target for poachers who for years jumped the park’s borders.

South African rangers, their Mozambican counterparts and private business people leasing land from Mozambique’s government met with journalists along the border fence between the two countries during a park-organized media trip to the Marula North region of the Kruger.

This area used to see heavy rhino poaching originating in Mozambique, but rangers now say they see a positive trend.

“Between 2018 and 2019, this area had a 53% decline in incursions of rhino poachers, and we lost 47% less rhinos,” said Steven Whitfield, Marula North regional ranger. “That is a massive gain. And that wasn’t coincidental.”

Poachers have long targeted African rhinos for their horns, which fetch up to $60,000 per kilogram in Asian markets.

Improved patrols, technology, and cross-border cooperation are helping to reverse rampant poaching that peaked in 2014, when nearly 830 were killed in the park.

Policing Kruger National Park, one of Africa’s largest game parks at 9,500 square kilometers, is not easy. Rangers use helicopters in addition to sophisticated surveillance equipment. Another challenge to law enforcement is that there is no extradition agreement between South Africa and Mozambique.

Kruger National Park has an estimated 8,600 wild rhinos, a key part of wildlife viewing that attracts nearly a million tourists per year. Officials on both sides of the border hope that with further cooperation, those numbers will continue to grow.