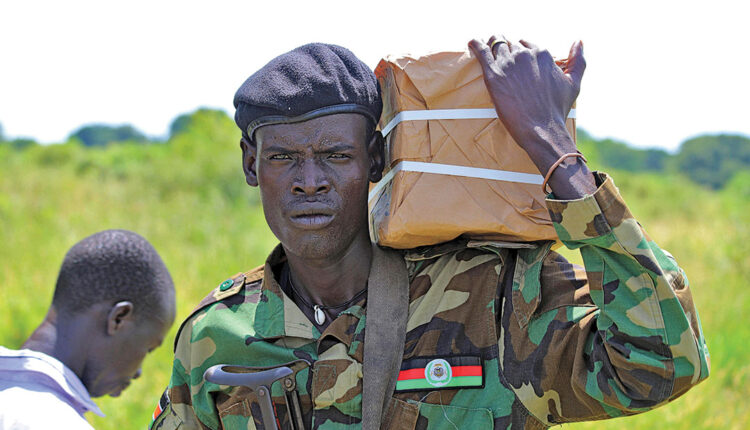 Modern conflicts rarely end with the signing of a treaty or a formal surrender.

Some insurgent groups fight until the last gasp, while others hide among civilians. Ethnic tensions can simmer for generations after a war. Disparities over access to power or state resources make a return to violence possible.

Peace is fragile, but security forces can adopt strategies that lay the foundation for enduring stability.

Many countries have found that the most effective first step after combat is to offer hope to ex-combatants. Programs to disarm, demobilize and reintegrate (DDR) fighters have made a difference in places such as Uganda, Liberia and Angola. In Libya, DDR practitioners hope that offering job training and funding to start small businesses will entice militia members to lay down their weapons and follow a new path.

Militaries also look at security sector reform as a way to improve. Over time some militaries become too large to be effective and need to be downsized. In other cases, militaries become enclaves of one ethnic group and must be reformed to include Soldiers from diverse backgrounds. Sometimes militaries require a renewed focus on ethics, human rights and the rule of law to regain legitimacy. Countries that emphasize professionalism and merit-based advancement find it easier to maintain peace.

Civil-military programs also can be an effective peace-building tool. These programs can be as complicated as building a new bridge, as urgent as responding to a natural disaster, or as simple as organizing a football tournament. Sometimes all that is required is for Soldiers to interact with civilians while on patrol and learn about their security concerns. Civil-military programs of all types help those in need while improving the image of the armed forces. They also undermine support for insurgent groups that might try to recruit fighters from among the most vulnerable.

Soldiers know that the joy of winning a war will be short-lived if there is no plan in place to secure the peace. Military leaders should be looking at new and innovative peace-building strategies to ensure they don’t have to return to armed conflict. These nontraditional approaches can be hard to institutionalize, but they yield immense gains if done properly. Some of the most effective security efforts during peacetime require the least force.