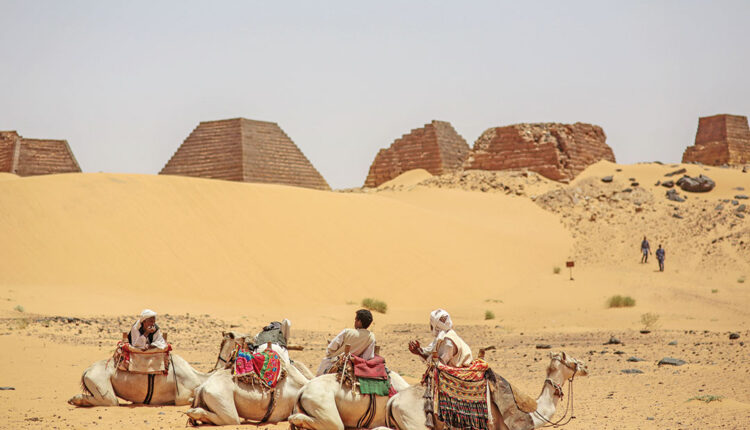 Portuguese architect Tania Monteiro and her husband are almost alone as they tour Sudan’s pyramids, a world-class attraction long neglected by the world.

“People are really, really nice, always very welcoming,” Monteiro said on a visit to Meroe, an ancient city on the east bank of the Nile River about 200 kilometers northeast of the capital, Khartoum.

Sudan has more, though smaller, pyramids than Egypt, but attracted only about 700,000 tourists in 2018 compared to 10 million in its northern neighbor.

Conflicts and crises under former ruler Omar al-Bashir, a tough visa regime, and a lack of roads and hotels outside Khartoum have made Sudan an unlikely tourist destination. But since al-Bashir lost power in April 2019, the civilian transitional government is easing visa rules to attract more visitors to places such as the Royal Pyramids of Meroe.

Like the Egyptians, the Nubian Kush dynasty that ruled in the area 2,500 years ago buried members of the royal family in pyramid tombs. Near Meroe’s pyramids lie an array of temples with ancient drawings of animals and the ancient city of Naga, and there are more pyramids farther north at Jebel Barka.

The government has started relaxing the visa system, including dropping a permit required for travel outside Khartoum. Arrivals fell in 2019 because of unrest, but numbers are expected to exceed 900,000 in 2020 and might reach up to 1.2 million in 2021.

Sudan needs tourists after decades of isolation and hyperinflation. At Meroe, thanks to money from Qatar and German expertise, a visitors’ center has been set up explaining the history of Sudan and the pyramids. There are walking tracks and a new reception center.

Visitors can now enter the pyramids’ interiors and soon will be able to go into tombs underneath, part of Qatar’s $135 million aid. Several pyramids will be restored after decades of neglect.