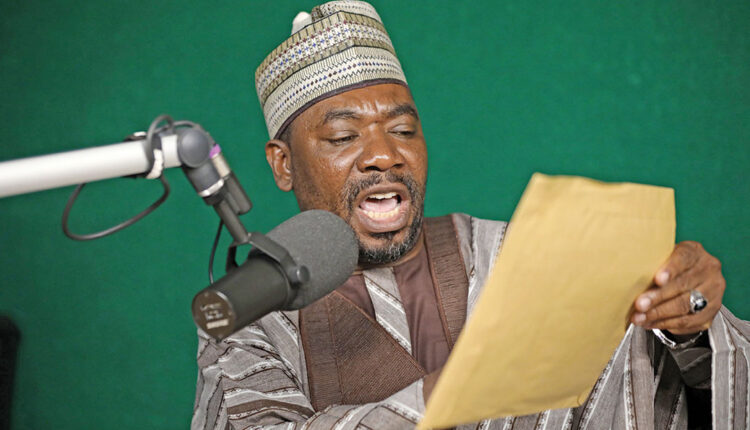 Early each morning, a crowd gathers outside Ahmad Isah’s radio studio in Nigeria’s capital, Abuja, hoping to share their problems over the airwaves.

A lucky few get to make themselves heard on issues ranging from their struggles against the authorities to medical needs and requests for financial assistance.

“My goal is to give a voice to the voiceless, facilitate arbitration, expose wrongdoings and force those in power to respect rights,” said Isah, who is nicknamed the “Ordinary President.” “The inspiration is about justice, kindness and support to humanity.”

Teacher Winifred Og ah has come to try to get some redress after she says a local court wrongly auctioned off her car for failing to pay rent on her house. “I have been listening to the program and was encouraged by how other people’s problems were being resolved.”

The show has a checklist of requirements people must go through before they can bring their cases for resolution. They first need to depose to an affidavit at the High Court in Nigeria in which they swear they are telling the truth.

Isah insists the radio show’s combative style has had concrete results holding officials accountable. “Some of them see us as a threat,” he said. “They don’t like us. We have exposed several corruption cases that other people are afraid to go close to.”

The show also looks to give financial assistance to those in need with support from the MacArthur Foundation and its own fundraising.

One of the beneficiaries, Luis Kinta, said the radio had raised 2 million naira ($5,600) to boost his shoemaking business. “I came here without knowing anyone,” he said. “The good thing is that Ordinary President assists without knowing the tribe, religious and affinity of those he supports.”