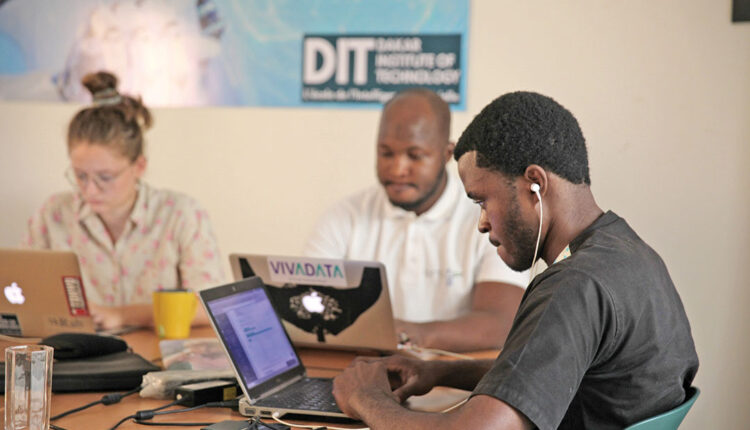 He is part of an inaugural class at an AI programming school in Senegal, one of the first in West Africa. It will train people to use data to solve issues such as the impact of weather on crops.

The Dakar Institute of Technology (DIT), which opened in September 2019, ran its first 10-week boot camp with nine students in partnership with French AI school Vivadata.

“I am convinced that by analyzing data we can give [farmers] better solutions,” Sonzahi said.

He plans to bring his AI skills to Ivoirian startup ATA Solution, which advises farmers on how to maximize scarce resources such as land and water.

The company already collects data such as soil pH, temperature and moisture levels, said Sonzahi, who works with the startup as an analyst. With AI, that data could be processed to show when and where farmers should add water or fertilizer and help strengthen their understanding of crop losses, he said.

Data scientists across the continent are beginning to experiment with machine learning as a tool to help farmers cope with increasingly erratic weather, such as modeling the fastest route to market or using drones to detect problems in fields.

DIT plans to launch a bachelor’s degree in big data and a master’s in AI in 2020, each with 25 students.