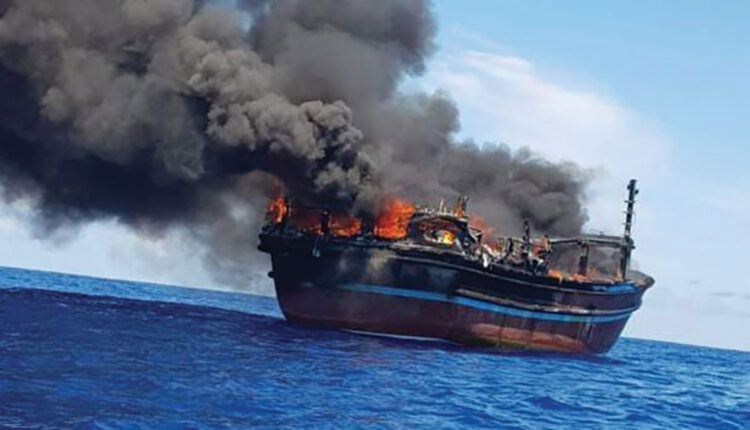 Mozambican authorities detained 12 Iranians suspected of shipping drugs off the coast of the northern province of Cabo Delgado.

The boat was intercepted in December 2019 in a joint operation carried out by the Mozambique Navy and the National Criminal Investigation Service (SERNIC).

Authorities intercepted the boat about 50 kilometers from the Mozambican coast. The suspects are said to have set it on fire moments before their arrest.

Police say the fire destroyed about 1.5 metric tons of heroin suspected to be on board.

Vessel crew members then jumped into the Mozambique Channel and were rescued by the Navy.

The suspects were being detained in the provincial capital, Pemba.

“Unfortunately, society is still beset with a huge and universal evil; we are talking about corruption,” SERNIC Director General Domingos Jofane told local media. “This is why we fight it in our midst with all our might, and our message is that our colleagues must strive for rigor every day in the performance of their duties.”