Years After the Arab Spring, Some Nations Still Struggle to Fully Achieve Growth and the Rule of Law 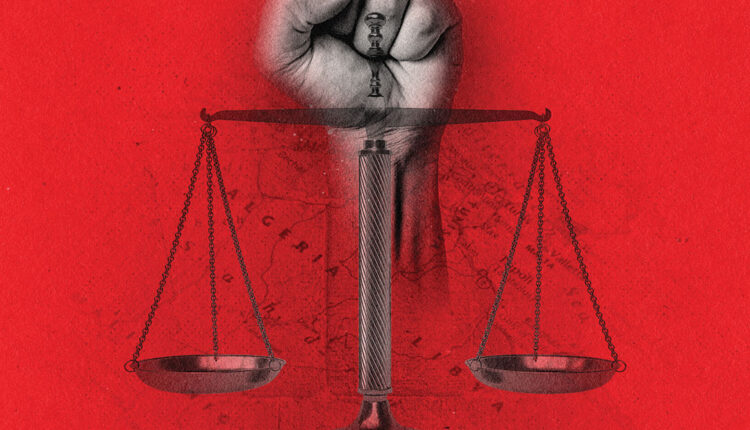 More than eight years after the Arab Spring protests of 2011, many people in North Africa are still striving for freedom and dignity. The stability and security many hoped for during the early days of protests is still elusive in many countries.

These questions remain: Can the people of this region achieve that freedom and dignity in the years ahead? Will the transitions that began in 2011 lead to progress and stability or more disorder and insecurity? That will depend on two fundamental things: trust and the rule of law. Both form the foundation for growth and stability.

Arab political leaders must adhere to the rule of law to stay in power and avoid social unrest. Indeed, trust in the government is built on the rule of law, which is the desire of most Arab populations.

Military professionals also must consider the ways they can help create a stable environment for a prosperous future. Military leaders can demonstrate their commitment to that stability by ensuring that they stay on the side of the people when these transitions begin. Doing this must  include guaranteeing the security of civilians and their institutions against disorder and by maintaining equal distance from all political parties and factions.

An overview of the region’s social and political landscape before and after 2011 offers perspective and lessons for nations that emerged from or continue to struggle with Arab Spring turmoil. From those challenges we can derive solutions and next steps for continued growth toward good governance and the rule of law.

LESSONS AMID THE LANDSCAPE

Experts seem to agree that recovery for North African nations will not come easily. Observers such as geopolitical analyst George Friedman and writer Robert Kaplan argue that the Arab Spring was not a sure or fast road to democracy.

Kaplan, who is also managing director at Eurasia Group, wrote in Foreign Policy in 2015: “Alas, the so-called Arab Spring has not been about the birth of freedom but about the collapse of central authority, which says nothing about the readiness of these states, artificial and otherwise, for the rigors of democracy.”

The reasons for this are numerous and diverse.

These changes have underscored that stability depends upon security, and security depends upon economics. Economies, in turn, depend upon factors such as geography, history, culture and politics. Leaders must remember the environmental context when working toward stability. Then they must establish a vision for attaining these goals. Ignoring any component of this will ensure failure.

Weaknesses in these areas helped lead to the revolutions of 2011. But the same weaknesses have led to increased disorder since 2011. Addressing them is essential to improving living conditions.

The second reason that disorder is common in the region is because the desires and dreams of the people often have been ignored. For decades, the people have faced a lack of justice, dignity and freedom. These shortfalls in basic human rights are common to nations regardless of whether they have experienced recent revolution or upheaval.

Some observers have indicated that conditions in the region have deteriorated since 2011. Evidence includes civil war, increases in terrorism, human smuggling and trafficking in all manner of illicit materials, including weapons. The result has included untold numbers of refugees and thousands of lives lost.

This can be blamed, in part, on leaders who came after the Arab Spring who had a willingness to govern but lacked a clear vision of where to lead their nations.

Notable exceptions would be Egypt and Tunisia, which, despite many challenges, had smoother recoveries owing to their long histories of stronger security and state institutions.

Sun Tzu, the ancient Chinese general, military strategist, writer and philosopher, wrote in The Art of War that you must know yourself and your enemy in order to succeed.

Sun Tzu’s advice could be informative for North African officials as they prepare for challenges.

First, the primary threat is likely to be from the inside because of historic restraints on the populations, leading to unrest. Furthermore, they must prepare for transnational threats such as various forms of smuggling.

Second, nations must realize that many of the challenges they face came about as a result of a lack of management, leadership and vision at the top levels of government. Thinking strategically — and “knowing themselves” — will help nations overcome these challenges.

In addition to Sun Tzu, the thinking of retired Col. John Warden of the United States Air Force is instructive here.

Warden put forth the “Five Rings” theory that was used successfully to guide the 1991 air campaign of Desert Storm, which pitted a multinational coalition led by the United States against Saddam Hussein’s Iraqi forces to drive them out of neighboring Kuwait.

The Five Rings model consists of areas of interest that must be attacked and sufficiently degraded so that the enemy can be defeated, according to UKEssays.com. They are: fielded military forces, population, infrastructure, system essentials and leadership. The thinking is that if the outer rings can be sufficiently neutralized, the enemy’s leadership, which occupies the center ring, will be exposed and subject to defeat.

Keeping Sun Tzu’s and Warden’s thoughts in mind, leaders should proceed by identifying and agreeing upon the primary enemy to stability and good governance. After determining what constitutes that enemy’s center of gravity, sharing information and intelligence would be the first stage in fighting it. This enemy would occupy the center ring in Warden’s motif.

From there, leaders would look at what makes up the four remaining rings. These could include those who fund extremism, recruiters, affiliate organizations and those returning home after fighting for extremist causes abroad, such as the Islamic State in Iraq and Syria.

To assault these outer rings on the way to defeating the enemy at the center, leaders and governments will have to be organized, have clear objectives, and maintain strong institutions with sound strategies. This action is fully in keeping with the rule of law.

Warden’s Five Rings also can be used as a model for construction to rebuild a new state that guarantees security, develops the economy and maintains stability. This must be done, of course, while considering the environmental and domestic contexts mentioned above.

THE FIVE RINGS AS A BUILDING MODEL

When using the military rings concept as a model for rebuilding an effective government, the center represents the legitimacy of executive leaders as gained through free and fair elections and by enforcing the rule of law. This legitimacy will help leaders make necessary reforms and adjustments while preserving the rule of law. It is through that earned legitimacy that the government and its leaders also will earn the trust of the people they serve. The people, in turn, will then trust government institutions, thus strengthening them.

The rule of law can further win the people’s trust by guaranteeing free speech and full rights for women. Women represent half of the population, so when they are educated and emancipated, they can constitute a meaningful force for economic growth while fostering open-minded generations in the years to come.

The second ring of this model embodies good governance. To achieve this, executive leaders will have to think as strategists, employing clear vision, objectives and strategies to reach goals. Achieving this requires the will to fight corruption, reject nepotism, and guarantee justice and equality.

The third ring would embody reforms, especially regarding education and investments in job opportunities. Providing jobs is one of the best ways to provide hope to the growing youth population.

The fourth ring would be values such as openness, tolerance and peaceful coexistence. These ideals must be instilled in the citizens from their youth and will require dialogue, consensus and compromise. These values will prepare future generations to think before they act and to resist the temptation to accept enticements to join extremist causes, even in the absence of a better deal.

Finally, the fifth ring would promote a modern education system capable of producing real-world competencies and skills that promote growth and development while expanding job opportunities.

By focusing on Tunisia, we can better understand this concept.

Tunisia formed a modern education system and gave women the right to vote more than 60 years ago. But governance and instability led to a revolution. That led to loss of life and loss of economic opportunities. Even so, because of Tunisia’s history of empowering women and establishing a culture of dialogue and compromise, the worst possible outcomes were avoided.

Today, Tunisia is moving forward, if slowly. But security and economic challenges remain.

One thing that would help accelerate full realization of the rule of law is the establishment of the Constitutional Court, which was provided for in Tunisia’s 2014 constitution.

The Constitution requires parliament to choose four of the court’s 12 members. The president and the Supreme Judicial Council would each choose four members, according to Human Rights Watch. As of February 2020, the court still had not been seated.

National militaries can help secure these processes by committing to be on the side of the people from the beginning. Guarding against disorder and preserving safety will help transitions toward the rule of law, as long as militaries remain equally distant from all political parties and interests.

As long as the rule of law is unattainable for people, trust between them and their government will be weak. It is time to convert the dream of the rule of law into a reality to ensure long-term security, stability and prosperity for Tunisia and all of North Africa. 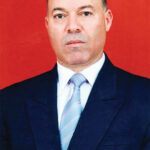 AUTHOR BIOGRAPHY: Retired Brig. Gen. Khalifa Nafti of the Tunisian Air Force served twice as air base commander and spent seven years as Tunisia’s air defense commander. Since his retirement in 2016, Nafti has worked as a senior security consultant with the Tunisian Institute for Strategic Studies. He has served as senior security consultant for the Near East South Asia Center for Strategic Studies since 2013.