Ethiopia’s Ground Force Commander Points to Professionalism, Diversity and a Separation From Politics as Key Reforms 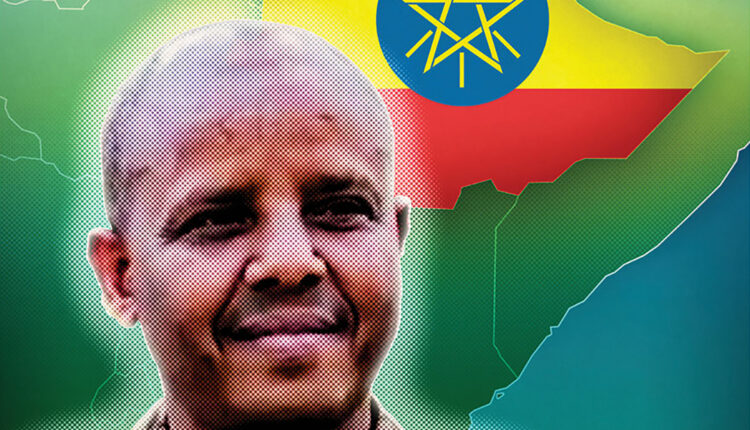 Lt. Gen. Molla Hailemariam is ground force commander of the Ethiopian National Defense Force (ENDF). His military career began in 1981 when he joined the struggle against the country’s ruling Derg regime. After Ethiopia’s return to civilian government in 1991, he joined the new military as a pilot and rose to become Air Force commander. He served as head of policy and strategy and as head of the logistics sector at the Defense Headquarters. He also commanded Special Forces before being promoted to ground force commander in 2019. He spoke to ADF during the African Land Forces Summit in Addis Ababa, an event Ethiopia co-hosted with U.S. Army Africa. The interview has been edited to fit this format.

ADF: The ENDF has been undergoing security sector reform to raise the standards of professionalism in the military. What are the goals of this reform effort?

Lt. Gen. Molla: In Africa what we face is that most of the security apparatuses are affiliated with political parties. This does not create a conducive environment for democracy. The main focus of the reform in Ethiopia is to make the military impartial in politics.

Traditionally in Ethiopia, the defense institution has been associated with some political parties. But the Constitution is clear that the defense force should be free from any political influence. Sometimes it happened in the past. Not intentionally, but it happened.

The government has now made it very clear that the defense institutions must be free of any political parties’ influence. This has strengthened the democratic environment of our country.

We are also focused on the image building of our defense sector. We want to make it more attractive to the youth and more trusted by the nation. We have a good tradition in the Ethiopian defense forces that we engage with the community. This builds trust.

In the past few years we have gone through a political crisis, and it was very challenging for the military. Now we have almost gotten out of it. What we want to do is enhance the acceptance and trust of the public so that we can attract good citizens to join the defense forces.

ADF: Can the ENDF be a unifying force in Ethiopia by reaching across ethnic, religious and regional barriers?

Lt. Gen. Molla: Yes, it is a model. Addressing the diversity and building unity is a priority. In the country we face riots, civil unrest and ethnic clashes, but the defense force is actually respected and accepted by all ethnicities within the nation. This is why when any unrest becomes beyond the capability of the police and the defense is requested to assist the regional police or regional special forces, it makes a difference.

ADF: In recent years there have been civilian uprisings and unrest in various regions of Ethiopia. What is the proper role of the ENDF in reestablishing security in these regions? What lessons have been learned?

Lt. Gen. Molla: The responsibility of security institutions in our country is stated in our Constitution, and it is very clear. The responsibility for controlling and managing an uprising is for the politicians, local administration and police forces. What the defense force normally does is assist police forces in training and capacity building. But when uprisings are beyond the capabilities of the police force, we follow the Constitution and the policy of the country and we respond to the requests of the regional states. When we undertake a mission, we do it jointly with the police and the regional administrative authorities. The main work is assisting them to engage with the community and those groups that are at the center of the crisis, negotiating or bringing them to a peace deal. It’s a very limited participation. We don’t want to just be intervening everywhere. Any mission we go on, we respect human rights and want to minimize casualties. Wherever we go to assist the police, in every corner of the country, the community welcomes the defense force, and they cooperate fully.

ADF: Ethiopia shares a land border with Somalia and has sent forces to serve in the African Union Mission in Somalia (AMISOM). How important is a secure Somalia to Ethiopia and to East Africa as a whole?

Lt. Gen. Molla: Security for Somalia is security for Ethiopia and vice versa. You cannot deny it. We have a historical relationship. We have many ties. In parts of Ethiopia people speak Somali. In reality, the border is artificial. That’s why Ethiopia is concerned with Somali security. We are working very hard in Somalia in the AMISOM mission. Although there is progress and good outcomes from what we do with the Somali forces and other African countries contributing to the mission, there are challenges.

The main challenge, from what I observe, is not from the Somali people but from the Somali political elites and also the groups outside Somalia playing a negative role. Some countries or groups support the regions, and others support the central government. Instead of bringing them together to stabilize the country and form a strong central government, they are dividing them.

ADF: How would you rate cooperation among East African countries? Are countries in the region cooperating to address shared threats such as cross-border crime and extremism?

Lt. Gen. Molla: We have a long tradition of cooperation with each other. We have a platform also; at the defense level we have bilateral relationships. We meet every six months with most of our neighboring countries on a one-to-one level. We discuss issues of security, progress on what we have agreed to do, exchange of training, capacity building and an exchange of intelligence. So we are in a very active interaction with neighboring countries in East Africa. Even with Eritrea the relationship is improving. It’s a breakthrough, actually. Peace has prevailed, and we are working to institutionalize the relationship at the defense level.

At the regional level, we have the Intergovernmental Authority on Development. Whenever there is a security threat in the region, the chiefs meet to discuss it together. This happened recently relating to South Sudan. So there is one-to-one cooperation but also a regional platform.

ADF: You have been in your current position for less than a year. What are your goals as ground force commander?

Lt. Gen. Molla: My focus is to implement what the government has planned. I focus on the ground forces. Until recently we didn’t have a Ground Force Command. We had the Air Force, Special Forces and the Defense Headquarters, which directly led the regional units. The reforms we are implementing now focus on different areas such as system and structure and military concepts. To fight unconventional and asymmetric warfare, we have to have efficient military concepts. Also, we must work on technology and capacity building. These are the areas we’re focused on to implement a reform program. My focus is mainly to have an efficient structure and the correct systems and postures for the ground forces to be equipped and effectively use the scarce resources that our country has invested in and entrusted to the defense institution.