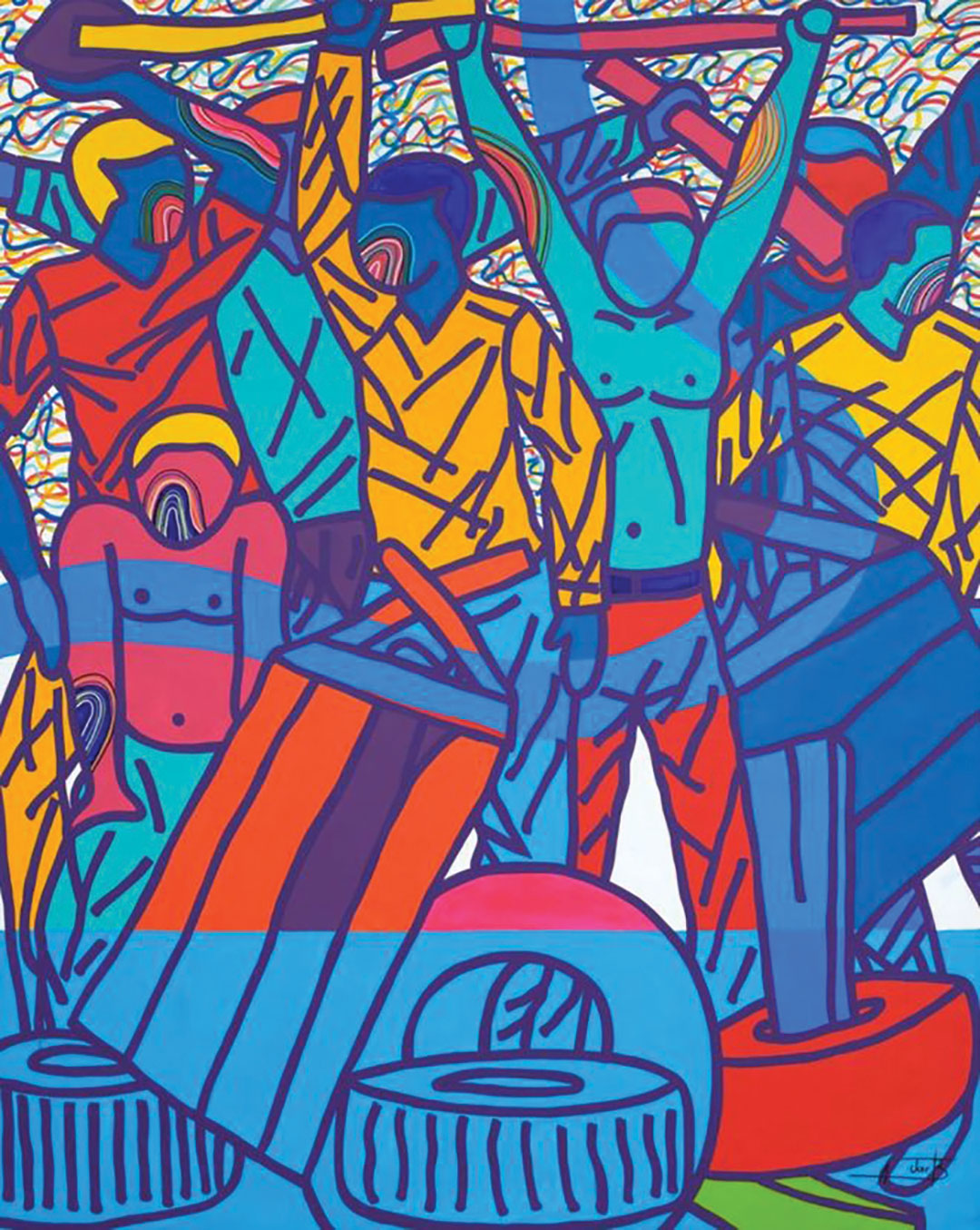 “Painting is for lazy people,” Ajarb Bernard Ategwa’s father would tell him as a child. Daydreaming and doodling in his schoolbooks would often get him scolded. But the Cameroonian artist, now 30, got the last laugh.

Ategwa says his vivid paintings of life in Cameroon’s biggest city, Douala, sell for up to $26,000.

“It’s the only thing I know how to do,” he said. “So painting is my life. At times when I’m angry, painting calms me down.”

He never formally trained as an artist and says he has used the same bold approach to color since age 7. Although his works feel like portraits of bustling city life, Ategwa said they’re filtered to an extent by memory and imagination.

“I do a sketch first before I start painting,” Ategwa said of his technique. Many are imposing in size. One of his recent works is more than 2 meters tall and 4 meters wide.

Walking around Douala, “you see many things like markets, shops, hairdressing salons,” Ategwa said. There are lots of sounds too, including “influences from Congolese music and Ivory Coast. You hear that everywhere.”

His works were exhibited at London’s Jack Bell Gallery and New York’s Armory Show in 2019.