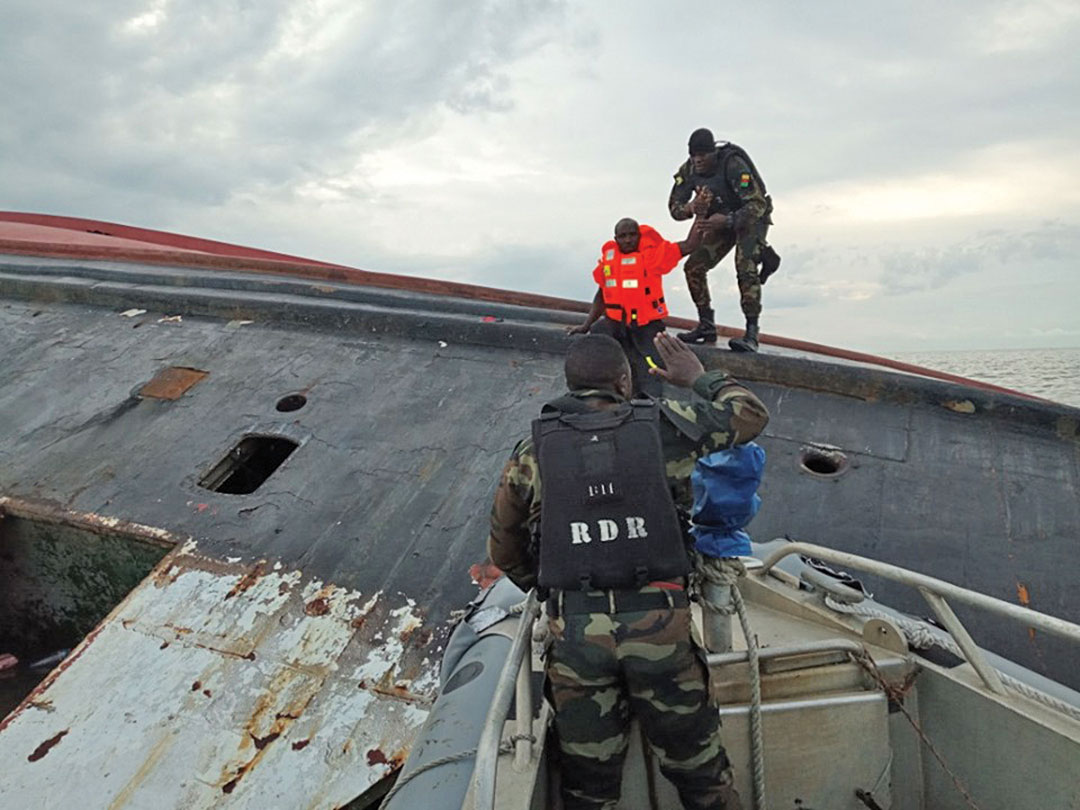 A joint rescue team from the Cameroonian Navy and its Rapid Intervention Battalion oil field protection group saved more than 100 people after a shipwreck. A storm caused a ferry, the Austerheim, to capsize near the island of Bakassi during the night of August 25, 2019.

Although rescuers responded quickly, 17 people drowned. The ferry was en route from Calabar, Nigeria, to Tiko, Cameroon, and officials said it had about 130 people aboard.

“According to the latest information, the boat was overloaded and hit a sandbar before turning around,” the Cameroonian Ministry of Defense said in a statement.

Somali General is Youngest to Take Helm of Armed Forces