A Scene of Calm in a Land of Strife 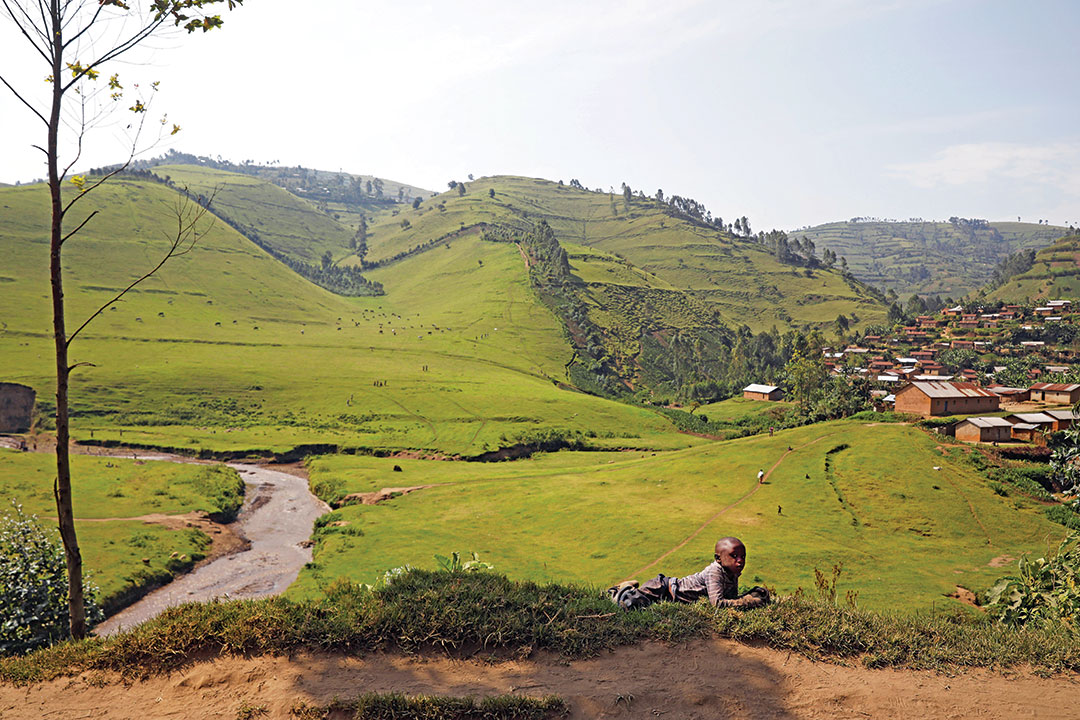 Sometimes, scenes of serenity and calm can be found close to anxiety and unrest. This young Congolese boy would seem to have found just such a spot. He rested along a road connecting the small town of Rudaya, Democratic Republic of the Congo (DRC), with the bustling city of Goma, the capital of the troubled North Kivu province, in August 2019.

That same month, the Ebola virus, long the scourge of the region, had been contained in Goma, according to NPR.org.
Just more than a month since the deadly hemorrhagic fever spread to Goma, national and international health workers had avoided what many had feared: a deadly runaway virus in a city of 2 million people.

Goma, which is near the Rwandan border, had been on alert for weeks after a gold miner with a large family infected several people before he died in July 2019, according to Reuters. Health workers had logged four cases in Goma as of mid-August. Responders monitored 232 people who had contact with infected patients, a process that was to be completed by the end of August.

“We haven’t seen secondary transmission in Goma — and it represents a huge credit to the teams on the ground,” Dr. Michael Ryan, head of the World Health Organization’s health emergencies department, told Reuters.

Authorities have been using a new vaccine and treatments to significant success in Goma, but as one travels out of the city, things become more complicated. The fight against Ebola continues in areas such as Beni and Butembo.

As long as suspicion and unrest plague the eastern DRC, Ebola threatens to be a just one of many problems. In Ituri province, measles, malaria, violence and population displacements are vexing health workers. Natalie Roberts, operations manager for Doctors Without Borders, summed up the challenge:

“This population and this context have 99 problems, and Ebola is just one of them.”