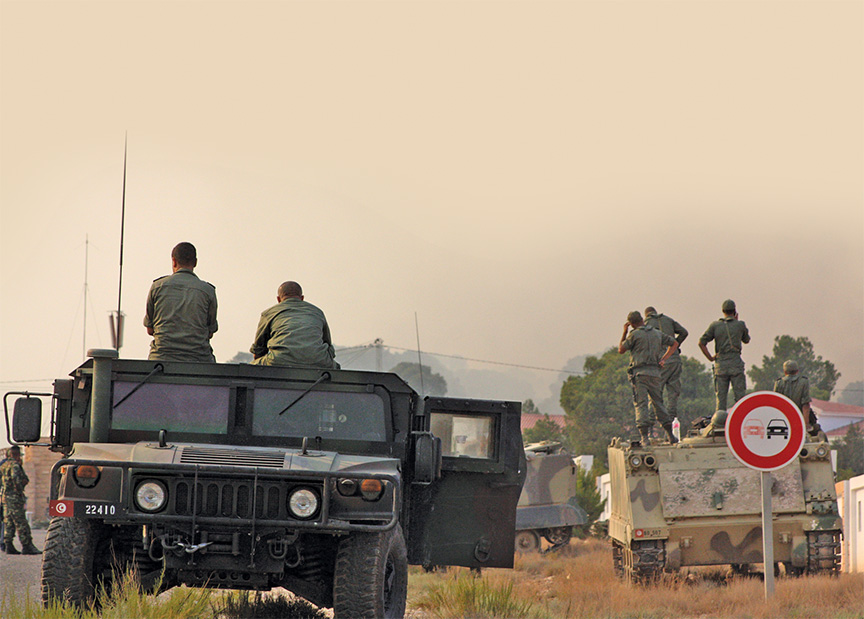 In a move described as the largest border mobilization in recent history, Algeria announced in October 2013 that it would send thousands of troops to secure the eastern and southern frontiers to halt the infiltration of terrorists.

“Algeria is making a considerable contribution in the fight against terrorism and organized crime,” Algerian Foreign Minister Ramtane Lamamra said at a news conference. “The Army and security forces are working to strengthen national security and are aiming for the country to become a source of stability for neighboring and sisterly countries.”

The Algerian Army also tightened security measures on its eastern border after the assassination of two members of the Tunisian National Guard. The Tunisian Army conducted a large security operation in the area after the attack. The leadership of the Algerian Army declared a state of maximum alert and transferred additional ground forces to the border with Tunisia, including armored units backed by attack helicopters and special forces, the newspaper El Bilad reported.

The report described the mobilization as the most extensive movement of military forces to date on the eastern border. The deployment consisted of more than 12,000 Soldiers made up of special forces, infantry and the gendarmerie.

A communication line also was opened between the leadership of Algerian ground and air operations and their Tunisian counterparts to accelerate intelligence sharing.