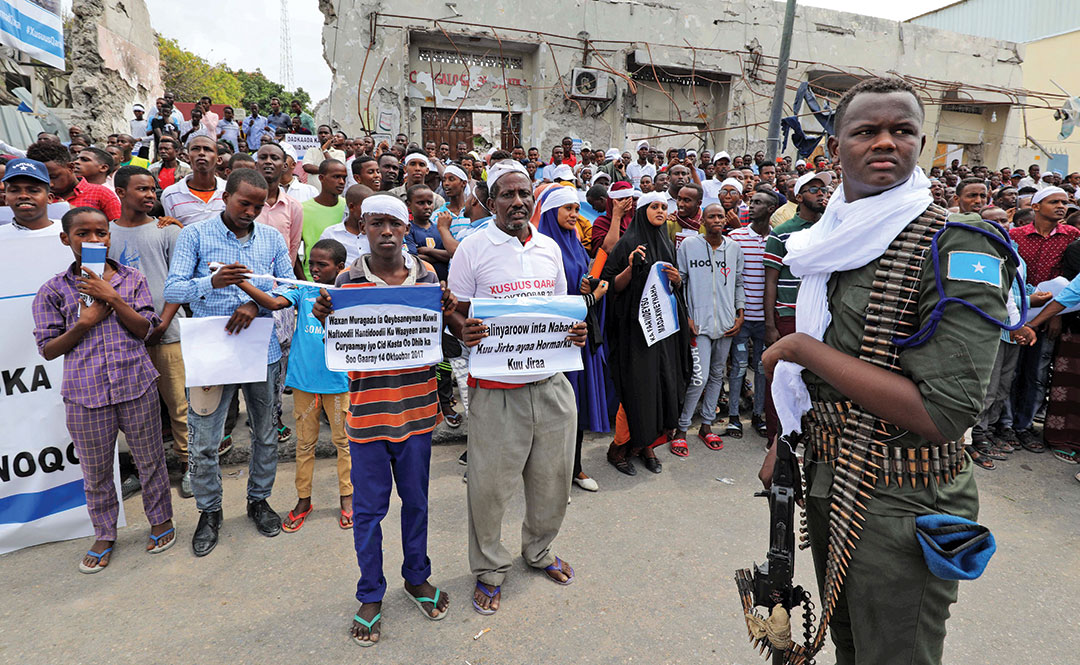 No country is immune to violent extremism, and no country has solved the riddle of what causes it.

Historically, Africa was not a hotbed for violent religious extremism. That changed in 1998 when it was the site of two major terror attacks with the bombings of the U.S. embassies in Kenya and Tanzania. Since then, homegrown groups such as Boko Haram in Nigeria and al-Shabaab in Somalia have taken root. These groups thrive in areas with weak governance and few economic opportunities. At the same time, internationally affiliated groups such as ISIS and al-Qaida have tried to create new battlefields in Africa as they’ve lost ground in the Middle East.

Between 2009 and 2015, attacks by radical groups rose by 200 percent in Africa, and fatalities rose by 750 percent, according to IHS Jane’s Terrorism and Insurgency Centre. Even countries that had previously been free from terrorist activity such as Mozambique have had to contend with newly emboldened radical groups.

The human and economic toll exacted by these groups has been devastating. The United Nations estimates that, over five years, the Boko Haram insurgency alone displaced 2.4 million people. In 2017, Somalia suffered the worst terror attack in its history when al-Shabaab detonated a car bomb, killing 587 people.

But there is good news. As terror grabs headlines, African security forces are making gains. African-led coalitions including the African Union Mission in Somalia, the Multinational Joint Task Force in the Lake Chad Basin and the G5 Sahel Force are defeating terror groups militarily. Extremists have been denied a safe haven and have been rejected by all peaceful communities in which they seek to operate.

Africa’s leaders also are recognizing that they must defeat the ideology behind terrorism. In Djibouti, the regional economic bloc, the Intergovernmental Authority on Development, inaugurated a Center of Excellence in Preventing and Countering Violent Extremism in 2018. This center will share best practices across East Africa, build local resilience to extremism and conduct research into its causes to find solutions.

Although terrorism may not be easily eradicated, there is no doubt that the continent has learned lessons from two decades of fighting insurgencies. The African-led alliances built to confront terror groups are now stronger than ever. These alliances will succeed, thanks to the determination of security forces and the courage and decency shown by civilians. With this united front, Africa has shown terror groups it will do whatever is necessary to win the fight.