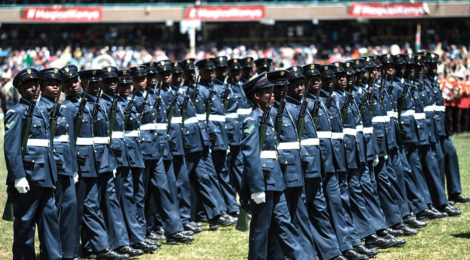 Long deployments, physical strain and extreme risk. These are the hazards that military professionals know well. They shoulder these burdens gladly because, for them, the work is more than just a career. It’s a calling.

When asked why they joined, Soldiers often cite ideals such as “service to country” and a “desire to protect others.” They also strive for an ideal of professionalism.

Being a professional means a lifelong dedication to learning and the perfection of one’s craft. To support this development, countries are investing in professional military education institutions, particularly command and staff colleges designed to train officers at the strategic level. Countries also are opening the door for the training of noncommissioned officers, who are eager to play a leadership role and get access to advanced skills.

Surveys show that Africa’s militaries are among the most respected institutions in the eyes of the people they serve. A legacy of accomplishments and sacrifice has won them this reputation, and keeping this esteemed position is a top priority.

Maintaining a high standard requires an investment. Members of Africa’s militaries say they want adequate equipment, timely pay, affordable housing and retirement benefits. They say these things reduce the incentive to corruption that sometimes has stained the military’s reputation.

Being a professional also means respecting constitutional order and civilian oversight of the armed forces. After years of instability on many parts of the African continent, instances of military interference in politics are becoming rarer, and good governance is becoming the norm rather than the exception.

The challenges of 21st-century warfare put a premium on professionalism. They require military officers to make a wide range of tactical and ethical decisions, often at lightning speed. By committing themselves to careerlong education and holding fast to the core values of their institutions, these professionals will be prepared to handle the toughest challenges.