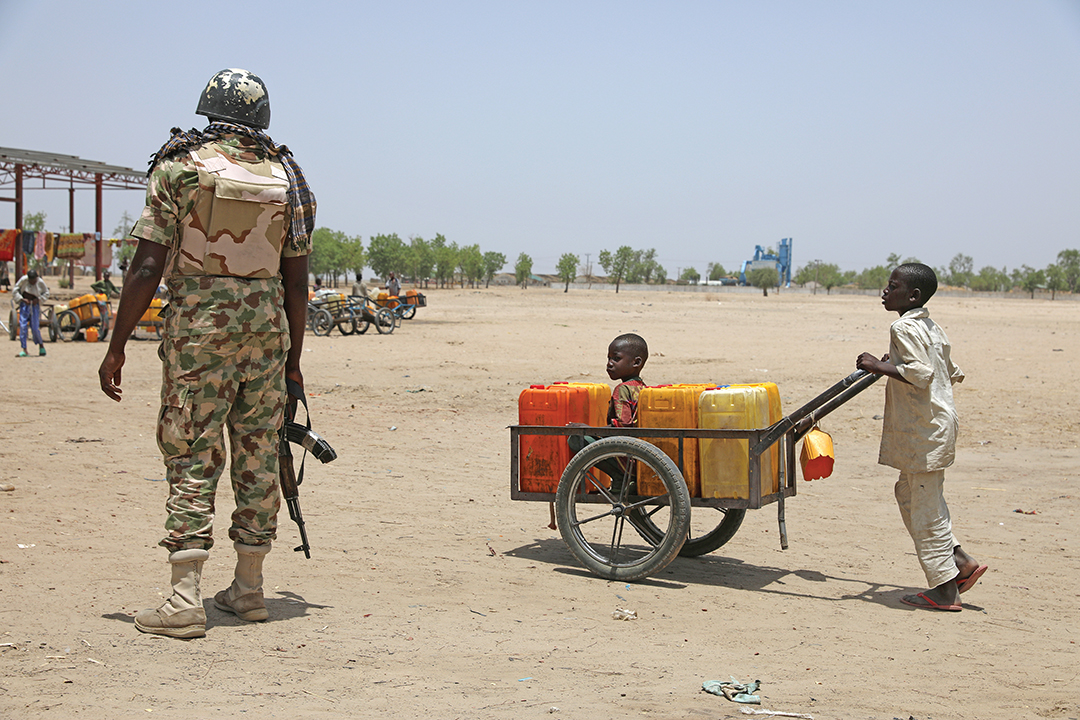 While most of the world was not watching, Boko Haram grew to become the deadliest terror organization on earth. The group was responsible for 6,664 deaths and held sway over 30,000 square kilometers in northeast Nigeria in 2014. Its goal was to establish a caliphate that would last for centuries.

Instead of waiting for intervention from outside, countries in the region joined forces to fight back. In 2014, the nations of the Lake Chad Basin activated the Multinational Joint Task Force, a 10,000-person military effort to defeat Boko Haram. The next year, Nigeria changed its national military strategy with Operation Lafiya Dole, adding a new division stationed in the northeast, moving the command head-quarters to the front lines, and beefing up its counterinsurgency efforts and air power. As a result, allied forces have won back territory, including the Sambisa Forest, which had long been a sanctuary for extremists.

Today, Boko Haram is badly degraded and must resort to asymmetric tactics such as suicide bombings. The group’s leadership is fractured, and support among civilians is virtually nonexistent.

Military and civilian leaders recognize that they must seize this opportunity to eliminate the terror group once and for all. By keeping pressure on the remnants of Boko Haram, the military can give civilians the stability necessary to return to their homes and rebuild. Through civil-military operations such as engineering projects, they can lay the groundwork for economic growth. Perhaps most important, through a sustained emphasis on professionalism, regional militaries can show civilians that they have nothing to fear from the armed forces. Professional and ethical conduct will win new allies in the fight against extremism.

The fight against Boko Haram is far from over, but everything is aligned for the final push. If the countries of the region maintain their focus, the terror group’s days are numbered.

‘We Are Not Letting Up’