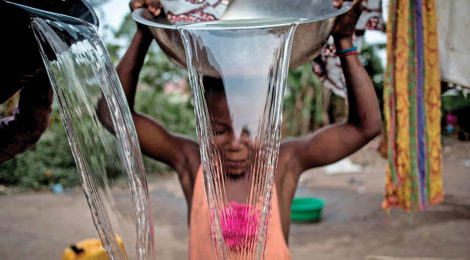 A Wave of Hope in DRC’s Crisis

In the troubled Democratic Republic of the Congo (DRC), violence and displacement have become familiar, especially in the east. Local militias and fighters from neighboring countries have exploited the chaos for years now.

The ensuing joint military operation by the DRC and Uganda against the group is expected to exacerbate an already-disastrous displacement crisis. About 4.3 million people have been internally displaced in the DRC, prompting the United Nations to equate the humanitarian emergency with those in Iraq, Syria and Yemen.

The offensive against the Allied Democratic Forces is likely to force nearly 200,000 from their homes in Beni territory, while displacing another 173,000 in nearby Lubero territory, both in North Kivu province.

Children are perhaps the most at risk. UN News reported in January 2018 that more than 800,000 children had been forced to flee their homes by violence in the eastern provinces of Tanganyika and South Kivu alone — 62 percent of the total displaced in those regions.

“Children in the eastern DRC continue to suffer devastating consequences as waves of violence destabilize the region,” said Tajudeen Oyewale of UNICEF in the DRC. “Hundreds of thousands of children in the region no longer have access to health care and education, while many have suffered atrocities at the hands of combatants.”

As part of its emergency response program in Tanganyika and South Kivu, UNICEF is immunizing children against measles; treating and preventing cholera; battling malnourishment; and protecting, treating and supporting children affected by violence.

Other examples of hope can be seen in the DRC. UN News reported that many families are welcoming the displaced into their homes. Orphanages have sprung up in Beni and elsewhere to care for children who lost their parents or who have become separated from them.

U.N. Emergency Relief Coordinator Mark Lowcock summed up the response of many DRC citizens in March 2018: “They have so little, yet they welcome their brothers and sisters from within and outside the country into their homes when those people are displaced by violence.”