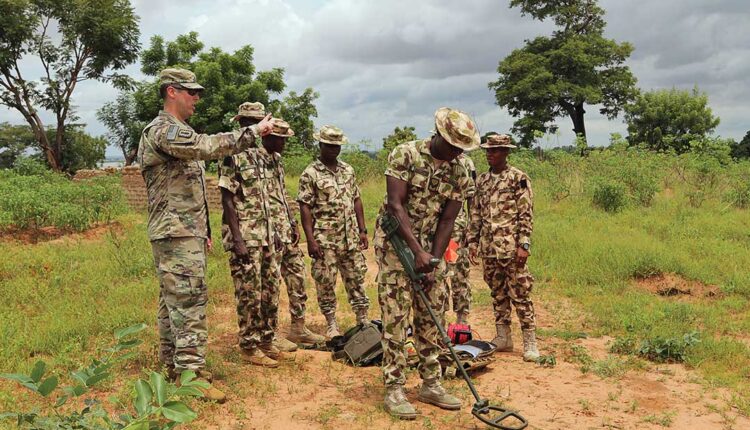 Sometimes it’s the unexpected threats that cause the most damage. A cyberattack can paralyze a nation’s power grid. Disinformation can send protesters to the streets and fuel civil unrest. Small, off-the-shelf drones can deliver deadly bomb blasts.

Known as hybrid threats, these attacks are difficult to detect or attribute to a specific group. Often, proxy actors carry out the attacks to hide their origin. They appear to be the work of a small band of local criminals but, in reality, a foreign power or extremist group is calling the shots from a distance.

These nontraditional attacks are becoming the tool of choice for groups that want to make a big impact at a low cost. Security professionals must be prepared.

For example, with more than 500 million internet users, Africa is fertile ground for cybercriminals. These cyberattacks, often small in scale, cost the continent an estimated $4 billion in 2021 and reduced national gross domestic products by 10%.

But cyberattacks are more than just an economic concern. They’re also a security issue.

During the past year, the computer system that operates South Africa’s largest ports and commercial railways was attacked. Government agencies endured repeated ransomware attacks. Across the continent, hackers have put critical infrastructure and governmental data in their crosshairs.

Similarly, foreign powers use digitally driven disinformation campaigns to destabilize vulnerable countries. Russia, which has sent mercenaries to the Central African Republic, Libya and Sudan, is backing its fighters with radio, television and web campaigns. Typically, these campaigns are crafted to generate anger and confusion in targeted countries to benefit Russian interests.

Finally, the proliferation of cheap drone technology has countless valuable applications when used for science, surveillance and the delivery of goods. But extremist groups are intent on using drones to launch improvised explosive device attacks. Terrorists already use this tactic in the Middle East with devastating results. Observers believe it is only a matter of time before extremists use the same tactics in Africa.

African security professionals are racing to respond to these threats. Continuing military education and skills courses will be key to this effort, as will the ability to embrace new technology. A young, computer-savvy generation of Soldiers is eager to play a leading role in the fight.

The creativity and motivation of our adversaries to develop new modes of attack is boundless. But so is our resolve to defeat these threats. By relying on training, strong partnerships and the ability to adapt, there is no threat that we cannot anticipate and stop.