Geography. History. Politics. Mistakes. They All Play a Part in the Rise of Violent Extremism in Mozambique’s Cabo Delgado Province 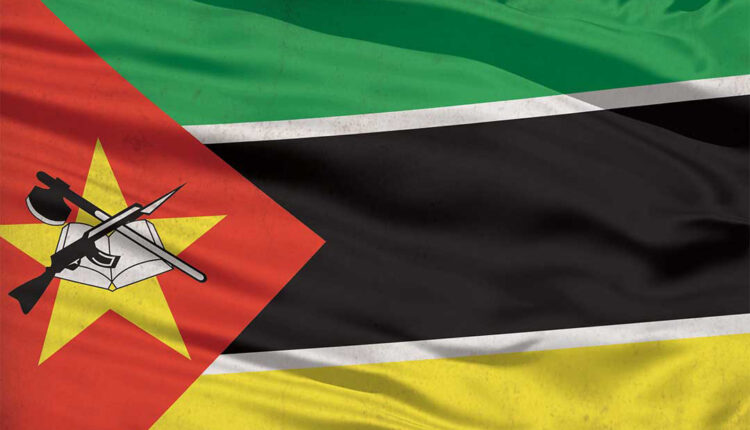 As young men prowled the streets of Mocímboa da Praia with machetes and AK-47s on October 5, 2017, some townspeople peered through windows in fear, recording the defiant march on their cellphones.

As a gun-toting militant walks by, one resident whispers an infamous and fearsome name: “al-Shabaab.”

The scene is part of a BBC Africa Eye documentary titled “Sons of Mocímboa: Mozambique’s terrorism crisis” that profiles the challenges posed by the terrorist group that has plagued Cabo Delgado province since that first attack back in October 2017. In that assault, about 30 insurgents laid siege to the town’s three police stations, killing 17 people, including two police officers, and raided armories. Cabo Delgado is known by the nickname Cabo Esquecido, which means “Forgotten Cape.”

Locals use the name al-Shabaab, which translates as “the youth,” informally to refer to the group. But it is not affiliated with the al-Qaida-linked terrorist group in Somalia of the same name. It is also called Ansar al-Sunna, which means “supporters of the tradition.”

The 2017 attack was the first of many in the region and led to the deaths of more than 3,700 people and the displacement of more than 850,000 as of February 2022. Rwandan troops and police entered the country in July 2021 and soon recaptured Mocímboa da Praia with a force of 1,000.

Even as Mozambican, Rwandan and SAMIM forces logged notable successes during the second half of 2021 and into 2022, brutal violence persisted, and with it questions about whether the insurgency could have been headed off years earlier.

A HISTORY OF ISOLATION

The port town of Mocímboa da Praia is more than 2,600 kilometers by road from Mozambique’s capital, Maputo. Distance from government centers is a common feature of radicalized areas in African nations. The distances tend to result in reduced government presence and services in remote areas, creating perceptions of marginalization among locals. Examples include northern Mali, the birthplace of that country’s metastasizing jihadist extremism, and northern Nigeria, home to the Boko Haram insurgency.

Distance is further exacerbated by the fact that Mozambique still is recovering from a brutal civil war that lasted from 1977 to 1992. The war is estimated to have killed a million people and displaced millions more. Furthermore, the Cabo Delgado coast generally is associated with the rebel Mozambican National Resistance movement, known as RENAMO. In the war, its forces battled the Liberation Front of Mozambique, known as FRELIMO, which Mozambican President Filipe Nyusi now leads.

Some say this political division serves to further separate Cabo Delgado and its people from government attention and concern. Another chief regional issue is the discovery and capitalization of vast natural gas resources and smaller ruby mining interests. Experts point to locals being excluded — and at times removed — from ruby mining sites in the region after benefiting for years in the artisanal trade, thus losing access to economic opportunities, including illicit ones.

Geography, history and politics. All can be blamed to varying degrees for conditions in Cabo Delgado now. But experts say Mozambique’s government also made mistakes along the way, failing to heed warnings and concerns emerging from the grassroots. Had security forces paid attention as far back as 2015, perhaps the insurgency could have been effectively confronted in its early stages.

Once the October 2017 assault was over, Mozambican police arrived, blamed the violence on bandits and declared they would deal with the matter in a week’s time, Dr. Salvador Forquilha, senior researcher with the Institute of Social and Economic Studies in Mozambique, told ADF.

Forquilha said the government made several sweeping mistakes in 2017. First, security officials responded with violence and closed mosques and made some quick arrests. This sowed confusion and also agitated some Mozambican Muslims, according to reports.

“I think that the government was not prepared to deal with such a phenomenon,” Forquilha told ADF. “Remember that we had the civil war during 16 years, and we are still in the process of ending the process of civil war with the reintegration of the former guerrillas from the rebel group RENAMO. … So it came as a surprise.”

Finally, he said, there were organization and coordination problems among the police and the Army. Sometimes this lack of coordination led to conflict between the two groups. As this problem persisted, insurgents spread into more and more areas until Rwandan and SAMIM forces deployed in 2021.

“I think that the approach from the government side to deal with the phenomenon was wrong from the very beginning, and it indeed was late when the government realized that the country was facing a serious problem linked to jihadism and terrorism,” Forquilha told ADF.

The October 2017 assault is widely regarded as Ansar al-Sunna’s first organized and coordinated attack. But it was not the first instance of violence in Cabo Delgado or the first indication that radical Islamic teaching was festering in the region.

Ansar-al-Sunna emerged in 2015, attacking local Muslims. The BBC Eye documentary indicates that local leaders were sounding the alarm about a new form of Islamic teaching creeping into the region in 2015.

The mayor of Mocímboa da Praia announced that a group called al-Shabaab was recruiting young people in the area, which was posing a threat to peace, BBC Eye reported. A year later in 2016, a headmaster told Nacedje Community Radio in Macomia that attendance at his school had diminished, which he blamed on an Islamic sect that said going to school was useless.

One local chief in 2016 sent a list of concerns to the local Muslim council in which he listed elements of peculiar preaching from the insurgents. Instructions directed worshippers to pray with their shoes on, not carry identification, avoid state-sponsored schools, and eschew the national flag and national events. “They have been recruiting Muslims that are unaware, that didn’t study and are poor,” he said in the BBC report.

“Muslim leaders, they were actually warning, and some of them went to see local officials to say look, we are facing many challenges in our local mosques,” Forquilha told the BBC. “We have people coming from abroad, especially young people, trying to preach a very radical Islam. There were no very clear actions coming from the government … in order to fight the group at the very beginning.”

Problems due to ineffectual government have long been present in Cabo Delgado province and surrounding areas. But the roots of radical Islam may extend out of the area and across the border into Tanzania and elsewhere, according to some experts. The Africa Center for Strategic Studies (ACSS) conducted a webinar in October 2021 to discuss the origins of violence in Cabo Delgado.

In it, Dino Mahtani, at the time deputy director of International Crisis Group’s Africa Program, pointed to crackdowns on Islamic radicals in Tanzania in 2017 that may have pushed extremists into Mozambique, where they have merged with extremists there.

The crackdowns, Mahtani said, targeted those affiliated “with the al-Qaida franchises of the Swahili coast” from Somalia, through Kenya, Tanzania and into Mozambique. The Islamic State group, he said, is trying to “drill into” the network and bring it into its fold, which already includes the Allied Democratic Forces in the Democratic Republic of the Congo. Research shows Tanzanians recruited since 2017 showing up in camps in eastern DRC and then Cabo Delgado, “so there is a to-ing and fro-ing of Swahili coast boys participating in violent conflict in Cabo Delgado, but also in eastern Congo,” Mahtani said.

Dr. Adriano Alfredo Nuvunga, director of the Centre for Democracy and Development, a nonprofit civil society organization in Mozambique, agrees that outside influences have shaped the Cabo Delgado insurgency.

The region, Nuvunga said in the ACSS webinar, has long been marginalized and neglected by the central government. “The entire social fabric that’s conducive to the conflict is linked to local problems,” he said through an interpreter. But the barbarous violence perpetrated by insurgents, which includes decapitations and the severing of limbs, points to terrorist methods being exported to Cabo Delgado from outside.

WHAT COULD HAVE BEEN DONE?

Forquilha agreed that many extremists have crossed over from Tanzania. “What’s surprising is to see that the government took so long, for example, to cooperate with Tanzania,” he told ADF. Mozambique could have learned more about what to expect and how to deal with the insurgency by engaging with Kenya, Tanzania and Uganda, all of which have confronted extremist violence for years.

Other African nations faced with similar challenges would do well to take potential threats seriously from the beginning, he said. That includes making effective use of state intelligence services and trying to ensure that government institutions are strong enough to provide resilience and economic opportunities for residents.

If the Mozambican government had taken this more collaborative approach from the beginning, it might have kept insurgents from intractably embedding themselves throughout the region and leading to significant numbers of internally displaced people and other problems, Forquilha said.

Forquilha, who has conducted surveys and research in the affected areas of Cabo Delgado, was in the region in January 2022, talking with residents in Pemba, a port town and the capital of the province. He said residents told him that they “still have attacks in some locations,” despite the presence of multinational military forces. Small groups of insurgents now target small villages for attacks, which will be more difficult and more time-consuming for Soldiers to combat. Military forces can improve the security issue “but it will not eliminate the insurgency itself,” he said.

Idriss M. Lallali, head of the Alert and Prevention Unit at the African Centre for the Study and Research on Terrorism, drew parallels between Mozambique and what has happened in Mali since 2012. Mozambique must “reestablish state presence” and build trust between the state, the security sector and the people they serve.

“If you don’t develop certain parts of your country, then it will come down and haunt you at some point or another,” Lallali told the webinar. “And I think what happened in Mali is now happening in Mozambique.”

At this point, Forquilha said, Mozambique will have to deal with internal dynamics with socioeconomic efforts that address poverty and lack of employment. That would go far in giving young people opportunities beyond recruitment by extremists. Such efforts also need to reach into neighboring provinces such as Nampula, Niassa and Zambezia, where conditions are similar.

The external dimension of Ansar al-Sunna’s links to international terror organizations such as the Islamic State group and East African networks underscores the need for cooperation with other nations. The Islamic State group started claiming insurgents’ attacks in 2019, “so the link is there, and we cannot deny the link,” Forquilha said.

“I don’t think that one country alone can fight terrorism, jihadism, whatever, without cooperation with other countries, with other states, with other nations,” Forquilha said. “Because it became a kind of global phenomenon, a global threat, and it has to be dealt with as such. So the cooperation component is very, very important to take into account.”