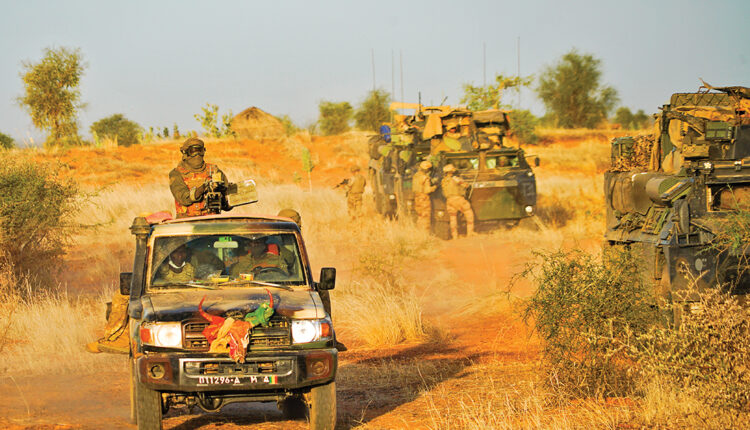 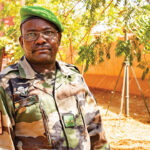 Brig. Gen. Oumarou Namata of Niger, the departing commander of the G5 Sahel Joint Force, spoke during a ceremony in Bamako, Mali, on July 30, 2021, as he handed over command to Division Gen. Oumar Bikimo of Chad. His remarks, originally made in French, have been edited to fit this format.

The mandate of the Joint Force has just been renewed this month by the African Union’s Peace and Security Committee. It enters its fifth year having already made advances in its development process, notably in the operational domain and in forming partnerships. This comes despite the often difficult security situation and the significant challenges that remain.

One major advance was harmonizing the actions and coordination between different actors. This coordination that we sought to codify in our campaign plans now has political backing. Today, the level of coordination, harmony and joint actions among the Joint Force, the Barkhane force and the national armies of the G5 Sahel countries has reached a point we never hoped for and is effective down to the lowest tactical level.

During the third and fourth mandates, there were 11 major operations lasting between two weeks and six months and involving anywhere from 300 to 1,500 Soldiers. This is in addition to the many routine or opportunistic missions. The results were impressive in terms of cleaning up our shared space.

From the fourth quarter of 2019 to today, there have been hundreds of terrorists neutralized and a large amount of materiel seized or destroyed. This has disrupted a good part of the terrorists’ logistical capacity. We can also point to the period between November 2020 and June 2021 when dozens of people were detained or captured who are now facing charges in the judicial process. All of this gives an idea of the road followed in terms of operational activities.

At the same time as the advances in the operational domain, the advances in respecting human rights and protecting civilians are also notable. The implementation of the Permanent Operational Procedure of the G5 Sahel Joint Force for internal investigations and the Mechanism for Identifying, Tracking and Analyzing Damages Caused to Civilians are two such advances. In the area of respecting human rights and international human rights law, the Joint Force is largely at the stage of ownership.

Even while capitalizing on these advances, the Joint Force continues to face challenges. The force does not have its own aerial capacity, and there are gaps in the intelligence system. These two capacity challenges have required the continued collaboration with operational partners.

Finally, but not the least, on the question of general support for the Joint Force, it is worth recalling that despite various announcements of support from international sources, which often take too long to be effectively put in place, the countries of the G5 Sahel continue to make significant sacrifices. One proof of this is the exceptional contribution to finance operations made by the three countries of the center (Burkina Faso, Mali and Niger). Without these contributions, the series of operations known as Sama that yielded great gains may not have been possible. Once again, it is worth restating the need of finding a sustainable way to finance the Joint Force.

We must also commend all the personnel at the heart of the battalions who have, through self-sacrifice, made gains in confidence and efficiency, making possible all the concrete operational results that have been achieved. I remain convinced that this valuable human capital will immediately follow the orders of Maj. Gen. Oumar Bikimo with the same enthusiasm, the same professionalism and the same determination in pursuit of our common goals.