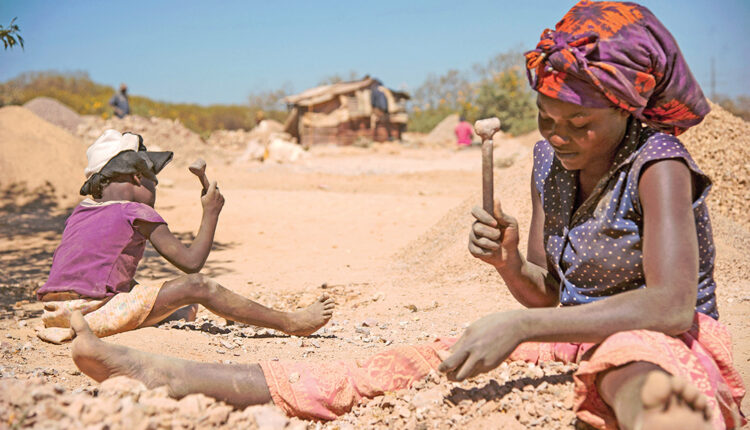 Hundreds of children in Kipushi, a mining city in the southeastern Democratic Republic of the Congo (DRC), finally received birth certificates that allow them to attend school for free.

Many of the children had worked alongside their parents in cobalt and copper mines.

UNICEF provided school kits and financially supported administrative work by a local nongovernmental organization to obtain the birth certificates for about 500 children in August 2021. Children must provide certificates when registering for school.

Parents should register children within 90 days of birth, says Kipushi’s chief prosecutor, Patrick N’Django Rwamo. But out of neglect, ignorance or because of bureaucratic hassles, many parents do not do so. Obtaining a birth certificate retroactively is long, complex and expensive.

“It’s tough — more than 98% of our students do not have” a birth certificate, said Mugimba Cosmas, head of the city’s public education. “It’s a real shame.”

The precious certificates were handed over to parents at a schoolyard ceremony in Kipushi, a city of about 170,000 in Haut-Katanga province near the Zambian border. The children are among 1,003 youngsters ages 8 to 15 whose certificates were made available on Rwamo’s instructions.

Kabwit Yav, a mother of six, looked delighted next to her son, a fifth-year primary student. “Three of my children study, thanks to UNICEF; the others are already aged over 18, and they are unemployed at home, for lack of financial means,” she said.

“In my area, we have nine quarries with copper and cobalt ore where several families — dads and mums looking to survive — do informal mining all day long,” said Louis Tshota, administrator of Kipushi territory. “Children go to work in the mines to help their parents, which deprives them of school,” he said, adding that at least 2,017 children work at the various pits across his territory.

Nearly 7 million children ages 5 to 17 are out of school in the DRC, according to United Nations figures.