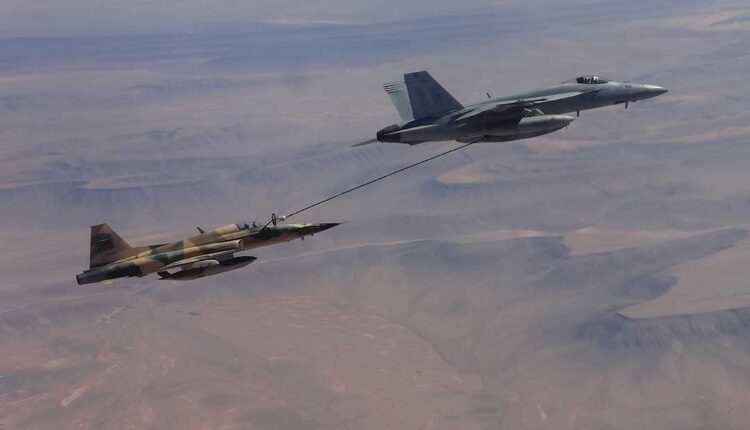 Aircraft from the Royal Moroccan Air Force and U.S. Navy Carrier Air Wing 3 flew over the Nimitz-class aircraft carrier USS Dwight D. Eisenhower in the Atlantic Ocean on March 3, 2021, during exercise Lightning Handshake. The Eisenhower, named after a former U.S. president whose nickname was “Ike,” is the flagship of the IKE Carrier Strike Group (IKE CSG), which participated in the exercise. The training’s purpose was to improve the ability of the U.S. and Morocco to operate together across multiple warfare areas, including surface, anti-submarine and air-and-strike warfare; combined logistics support; and maritime interdiction operations.

“On behalf of the Sailors assigned to the IKE CSG, it’s an honor to participate in this historic bilateral maritime exercise, hallmarking 200 years of an enduring partnership with Morocco,” said Rear Adm. Scott Robertson, who commands Carrier Strike Group Two. “Exercises like Lightning Handshake enhance the foundation of our interoperability and continued support of our long-term commitment to security in the region.”

For the Common Good