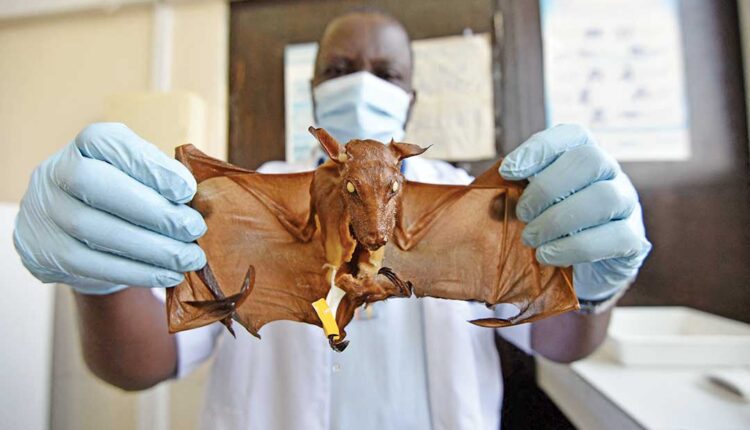 At twilight, tens of thousands of bats darken the skies over Abidjan’s business quarter as they squeak their way between buildings in Côte d’Ivoire’s economic hub.

The scene is a feature of the city’s Plateau district. But now a range of human perils threatens the little mammals, conservationists say.

As night falls, the bats head for the nearby Banco forest, which was made a national park in 1953. There, the bats gorge all night on insects, fruit and flowers, said Magloire Niamien, a biologist and bat specialist at the University of Korhogo in northern Côte d’Ivoire.

Niamien said the city’s bat population might have been as a many as a million in 2020 but has since drastically declined because of urbanization and poaching.

“Up to half the population of bats appears to have migrated elsewhere,” said Professor Inza Kone, who heads the Swiss Centre for Scientific Research in Côte d’Ivoire.

Some people complain the bats make too much noise and tarnish cars with their droppings.

Petitions have demanded that authorities act, and trees have been cut down to make the bats go, said biologist Blaise Kadjo, a professor at Felix Houphouet-Boigny University in Abidjan.

People also fear bat-borne diseases. This risk rises greatly when bats are hunted and butchered for food or when humans encroach on their habitat. Ebola is one virus thought to have spread from bats.

“But we have never recorded a single health incident connected to the bats on the Plateau,” Kadjo said. “We carried out tests in 2014 and didn’t find any trace of Ebola.”

Despite the risks, humans still eat bats. At the Siporex market, in the large working-class Yopougon district of Abidjan, three smoked bats sell for 2,500 CFA francs ($4.56).

Scientists want Ivoirian authorities to protect bats, which play an important role in fertilizing many plants. Bats also are one of the few creatures capable of ensuring the reproduction of iroko, a large hardwood tree whose wood is sold worldwide to make luxury furniture, but threatened by overexploitation in West Africa, Niamien said.

“Their role is essential for maintaining the natural ecosystem,” Kadjo said.