‘Women Could Do Whatever They Wanted’ 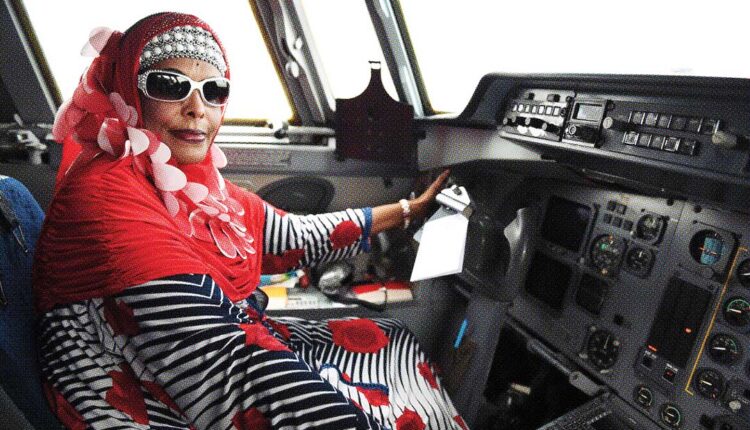 Asli Hassan Abade made history as the first female air force pilot in Africa. She is a product of a unique time in her native Somalia’s history.

After Somalia became an independent country in 1960, its military branches grew in strength and skill. At one point, the Somali Air Force had the greatest airstrike capability in the Horn of Africa.

Asli was born in 1958, one of nine siblings. Her family lived on an air force base, and she could see the runway from her home.

“I saw planes take off and land at the airport. That is what gave me the courage to fly my country’s plane at least once in my lifetime,” she said.

During her youth, public education improved, with enrollment multiplying in cities and towns. In the cities, girls like Asli could attend public schools.

Asli began training on a Cessna 150 in 1976 before moving on to more complex aircraft. “The practice was rather intense, and my trainers were confident in my skills,” she said. “I proved to be a good student, and I would later be trusted with more advanced aircraft.”

Later in her career she was trained to fly military cargo planes and an Airbus A320.

After 10 years of service, her military career was cut short by the civil war in Somalia in 1991. Like many Somalis of that time, she moved to the United States, where she raised four children with her husband. She returned to Mogadishu in 2011 to deliver medical supplies to a children’s hospital during a devastating famine.

“There were several former colleagues, officers and pilots, waiting to receive me at the airport,” she said. “I cried, and they all got emotional and cried with me. When I stepped out of the plane, I first kissed the ground. … I could not believe that I was actually in Mogadishu.”

Her joy was short-lived. Because of the presence of  the extremist group al-Shabaab in Mogadishu, she had to flee her beloved homeland after just one day there.

In July 2017, she returned permanently to live in Somalia, where she remains the country’s first and only female pilot.

With her country’s air force currently not operational and with no military aircraft, it could be some time before Somalia has a second female air force pilot.

“My main aim is to empower the youth and women; I want to remain in Somalia so they can emulate me and my efforts to make a mark on Somalia at an early age. I am proud of my history, not just for Somalia, but also for Africa.”