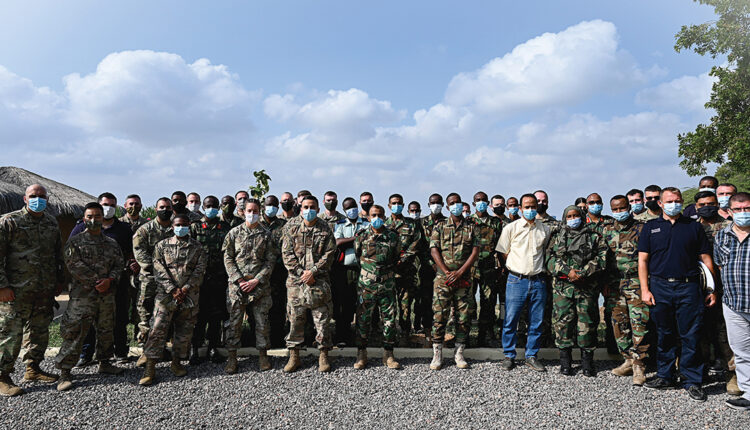 Improving information security and interoperability was the goal of a four-day conference in February 2021 in Djibouti. U.S. Soldiers assigned to the Combined Joint Task Force-Horn of Africa (CJTF-HOA) worked with Soldiers from French Forces Djibouti and the Armed Forces of Djibouti (FAD) in the cyber defense and interoperability engagement.

The event was designed to improve the ability of participant nations to protect information and defend themselves from cyberattacks.

“We care about all of our partners’ information security and want to be supportive of their information protection efforts,” said U.S. Army Maj. Jake Day, special technical operations chief, CJTF- HOA.

The event brought together 27 participants from the three nations. The 200 Cyber Protection Team from Fort Gordon, Georgia, led the event, which began with instruction on equipment protection and then moved into network analysis.

“My favorite part was the first two days because we went over the different commands that show us how to better protect our equipment,” said Capt. Amina Abdillahi Mahamoud, a telecommunication engineer with the FAD. “At the same time, we learned how to use the software to detect attacks and trace the source destination of malicious activities and delete it.”

Participants agreed that the four-day engagement marked an important first step, but it won’t be the last.

“Your efforts not only ensure that each of our commands is better prepared to face actors whose intent it is to slip undetected past our defenses and view the information we must protect, but you have made us better able to do so arm in arm,” Flora said.