The General Who Became a Peacemaker 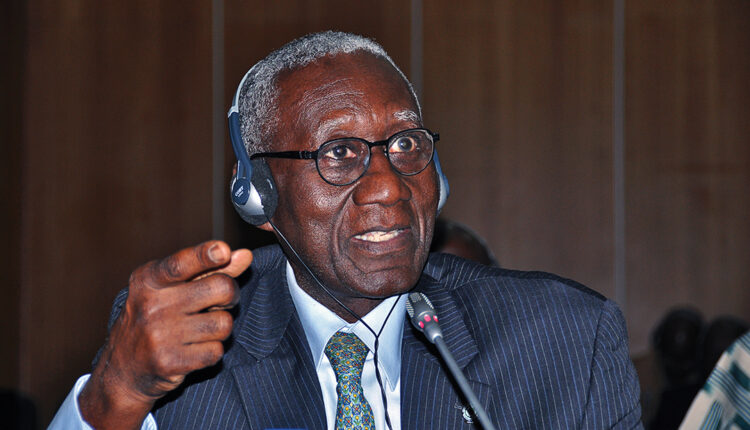 It was just before midnight at the end of a long election day in 2000, and Lamine Cissé, Senegal’s minister of the interior, had the unenviable task of telling the president he had lost.

In a historic phone call, Cissé, a retired four-star general, found just the right words to let President Abdou Diouf know that the people had spoken and it was time to accept their decision.

“Mister President, the situation is difficult for you and for your party. The trends going against you are now irreversible,” Cissé said, according to his memoirs. “If you congratulate your opponent like you promised to your campaign director, you will be the moral victor of this election.”

Diouf accepted the results and left office peacefully in what was Senegal’s first democratic transition. The newly elected President Abdoulaye Wade later said that Diouf deserved the Nobel Peace Prize for his actions.

The elections marked the beginning of a second career for Cissé.

Cissé was born in 1939 in Sokone, Senegal. His education included graduating from the Special Military School of Saint Cyr, France; the National Defense University in Washington, D.C.; the Center for Higher Studies in National Defence in Paris; and the the U.S. Army Command and General Staff College in Fort Leavenworth, Kansas.

After the 2000 elections, then-Secretary-General of the United Nations Kofi Annan appointed him as a special representative to the conflict-torn Central African Republic, where he served until 2007. He also was the head of the U.N. office in Central Africa.

At the time, Cissé told the news service IRIN that the Central African Republic’s “salvation” depended on the opposing forces sitting down at the negotiating table.

“The country’s sons and daughters must talk among themselves around a table,” he said. “Dialogue is the only way out for this country.”

In 2007, then-U.N. Secretary-General Ban Ki-moon appointed Cissé as special representative of the U.N. in West Africa, where he presided over the disputed border between Cameroon and Nigeria in the Bakassi Peninsula.

In 2010, Cissé was appointed head of the International Security Assessment Team in the Republic of Guinea, where he also was the U.N. coordinator for security sector reform until 2015. In Guinea, he worked with a team of experts in evaluating the security sector to prepare for a restructuring of the armed forces.

Cissé also was a longtime friend of the Africa Center for Strategic Studies (ACSS) in Washington, D.C. Over the course of 20 years, he participated in more than two dozen of the center’s events as an organizer, facilitator and guest speaker. He also was the president of the Senegal Chapter of the ACSS’ community chapters.

In February 2021, PartnersGlobal, Partners West Africa Nigeria and Partners West Africa Senegal decided to award research fellowships to two young female African researchers and practitioners working in the civil society and security sectors. The fellowships will fund “innovative research around the prevention and peaceful resolution of conflicts in Africa,” specifically for women.

They are named the General Lamine Cissé Women, Peace and Security Research Fellowships.