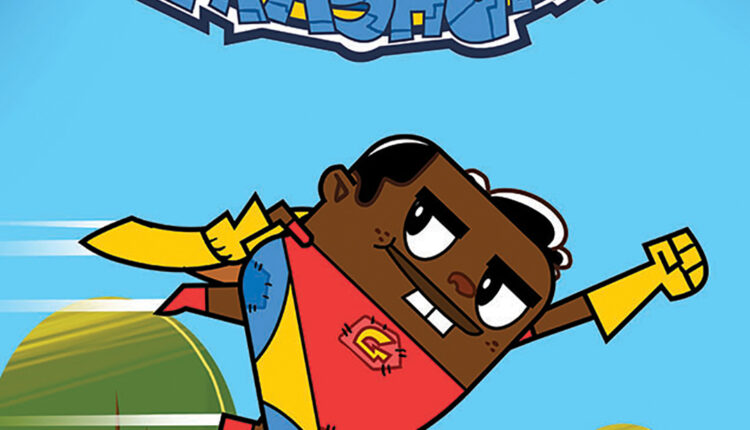 Nigerian animator Ridwan Moshood was so determined to learn how to make cartoons, he spent hours in internet cafes in Lagos, watching YouTube lessons and taking notes.

“I would go to a cyber cafe, watch video tutorials and write down whatever I’d learnt,” he says.

Today, the 26-year-old is a rising star in Africa’s blossoming animation scene.

In 2018, he was recognized by the Cartoon Network Africa Creative Lab for his animation Garbage Boy and Trash Can.

He has since formed a production company, and he now hopes to have his latest idea, a cartoon set in Lagos called In My Hood, commissioned into a series.

Ridwan Moshood’s journey into animation is not unique.

“All over the continent we hear these stories,” says Nick Wilson, founder of the African Animation Network, who is based in Johannesburg, South Africa.

He reels off a list of countries where local animators are starting to make their mark: Burkina Faso, Egypt, Ghana, Kenya, Mozambique, Nigeria, South Africa and Uganda.

“Wherever we’ve been able to scratch the surface and connect the community, we’ve found pretty exceptional talent and the majority of this talent is self-taught,” he said.

Although stories of self-taught animators breaking into the industry are inspiring, more formal training opportunities do need to be developed, he said.

Recently, partnerships have been announced with international animation studios Toonz Media Group and Baboon Animation. Both companies plan to establish animation academies in Africa, adding to the handful that exist already.

Despite the scarcity of formal training opportunities, locally made productions already are starting to take off. Chris Morgan of Fundi Films was able to draw on a pan-African talent pool for his recent production, My Better World.

The educational series aimed at African schoolchildren and young teenagers involved a team of creatives working remotely across the continent.

“We had over 100 producers working in seven different countries, and this was pre-COVID,” he said, speaking from Mpumalanga, South Africa.

The result is a series of 55 short animated films that are available in English, Hausa, Somali and Swahili.

Angola Moves Toward a Mine-Free Future