The Rebel Princess of Zanzibar 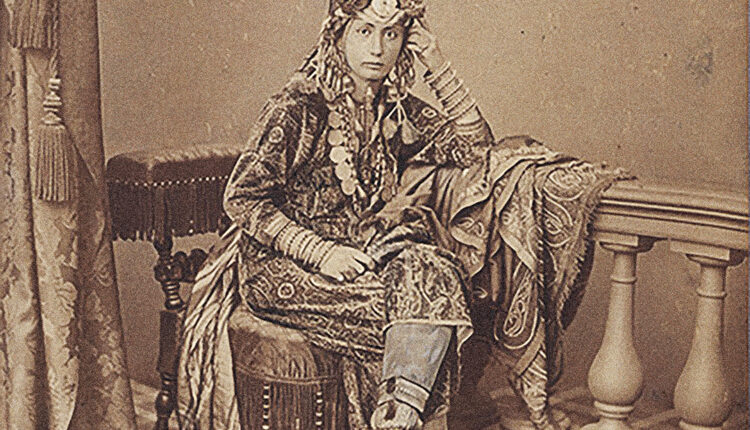 Sayyida Salme’s life was a whirlwind.

She was a sultan’s daughter from what is now Tanzania. Denied any formal education, she taught herself to read and write. She spoke four languages — Swahili, Arabic, Turkish and German. She got pregnant out of wedlock, her brother tried to execute her, and she fled to Europe. When she became a penniless widowed mother, she became one of the first African women ever to write an autobiography.

She is said to have carried with her a small bag of sand from a beach in Zanzibar throughout her life.

She was born in 1844 in Zanzibar, the daughter of Said bin Sultan Al-Said and one of his courtesans. She was one of the sultan’s 36 children and lived in a gigantic palace that housed more than 1,000 people. She learned to write by copying the Arabic alphabet and the Quran.

Her father died when she was 12. Because of his death, she became of age and inherited wealth and a plantation. Two of her brothers, Majid and Barghash, fought to inherit the sultanate. She sided with Barghash, and at the age of 15 she became his general secretary, writing letters to chiefs on his behalf. But Majid was the victor, and when she switched her allegiance to him, she alienated much of her family.

Alone and isolated, Salme made new friends. Next door to her home lived a young German businessman named Rudolph Heinrich Ruete. She was drawn to his Western ideas; he was struck by her intelligence and beauty. Their blossoming romance did not go over with the Europeans in the community, who didn’t want to offend the sultan. And the sultan was indeed offended.

When word began to spread that the 22-year-old Salme was pregnant, her sultan brother summoned her and prepared for her to be executed. Relatives talked him out of it, saying it was too early to know if she was indeed pregnant.

When it became clear that she was carrying a child, the sultan ordered her to travel to Saudi Arabia. Believing she would be murdered on the way, she fled instead to Yemen, where her baby was born. The baby died.

Months later, Ruete joined her in Yemen. They married and she changed her named to Emily Ruete and converted to Christianity. They moved to Germany, where they had three children. But shortly after the birth of her youngest child in 1870, her husband died in a horse-drawn tram accident.

She was stranded in Germany and could not return to her native land. She was 25 years old.

She had money, but women in Germany at that time were not allowed to manage their own finances. Two men were appointed to handle her money and lost most of it. To make ends meet, she began teaching Arabic. The story of an Arab woman of noble birth earning a living as a teacher was printed in newspapers throughout Europe.

In 1886, she published her memoir, Memoiren einer arabischen Prinzessin. Two years later, she published an English translation, Memoirs of an Arabian Princess. The book got mixed reviews, with most of the unfavorable ones reflecting the prejudices of that time.

The book, in addition to telling her life’s story, includes her extensive commentaries on the contrasts between the Western and Arab worlds. The famous Irish playwright Oscar Wilde loved her book, saying, “The story of her life is as instructive as history and as fascinating as fiction.”

She is often credited as being the first East African woman, and Arab woman, to write an autobiography. But that distinction may not go far enough. Up until the 19th century, memoirs by women in any culture were rare. She may well have been the first African woman to actually publish a memoir.

In 1888, she traveled to Zanzibar with her daughter Rosalie, hoping to reclaim some of her inheritance. When it didn’t work out, she became bitter and moved to what is now Tel Aviv. From there, she moved to Beirut in 1892 and returned to Germany in 1914. She died 10 years later at age 80.

She was buried in Germany with a bag of sand from a beach in Zanzibar.