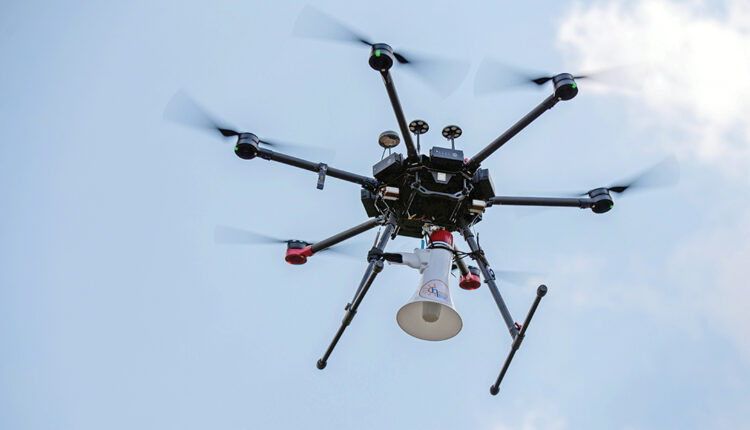 Rwanda, the country of a thousand hills, was the first in the world to embrace a commercial delivery service by drone aircraft when the company Zipline began flying blood in 2016. Rwandan President Paul Kagame sees drones as part of his country’s future; he wants them manufactured and piloted by Rwandans.

Zipline has delivered tens of thousands of units of blood. But it is an exception. Its flights are classified as government flights, meaning it has high-level exemptions when it comes to air traffic management.

The same is true in Kigali, the nation’s capital, where police use drones to enforce quarantines resulting from the COVID-19 outbreak. Police have outfitted drones with megaphone speakers to order citizens to remain in their homes.

The World Bank’s Edward Anderson, who has focused on drones in the region, notes that they have many uses beyond medical deliveries.

“Rwanda is one of the most densely populated rural parts of the world,” he said. “In the long run we’re looking at drones providing economic opportunity in agriculture, for small-scale manufacturers, and to deliver time-sensitive goods such as cash and documents.”

The Rebel Princess of Zanzibar