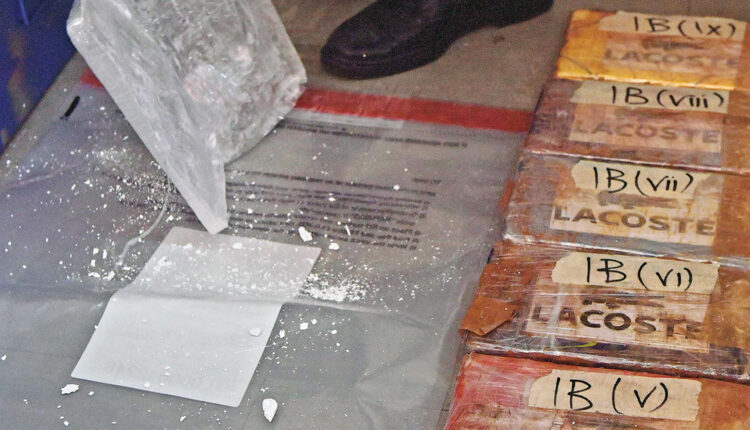 Dr. Tarek A. Sharif was appointed executive director of the African Union Mechanism for Police Cooperation (AFRIPOL) in May 2017. Before that he served as head of the Defence and Security Division in the Peace and Security Department of the African Union Commission in Addis Ababa, Ethiopia, from 2010 to 2017. He also served as senior policy officer in the African Union office in Lilongwe, Malawi, from 2006 to 2009. Before joining the African Union, Sharif was a lecturer at American University in Madrid from 2004 to 2006. He also was head of the International Cooperation Division of the Islamic Committee of the International Crescent, one of the specialized agencies of the Organization of the Islamic Conference, from 1999 to 2003. Sharif has a Ph.D. in international relations from the University of Reading, United Kingdom. He is Libyan and responded to ADF’s questions by email. This interview has been edited to fit this format.

ADF: What is AFRIPOL, and when was it formed?

DR. SHARIF: The Heads of State and Governments of the African Union (AU), at the 28th Ordinary Session held in Addis Ababa, Ethiopia, in January 2017, adopted the African Union Mechanism for Police Cooperation (AFRIPOL) statute. This effectively launched AFRIPOL as a specialized technical institution of the AU for police cooperation. In May 2017, AFRIPOL held its first General Assembly and adopted its first work plan.

AFRIPOL headquarters is in Algiers, Algeria, and the institution was established to strengthen cooperation among African law enforcement agencies and with international police organizations to combat transnational organized crime and terrorism by sharing information, intelligence and data on criminals, their groups and their activities.

ADF: In what way is AFRIPOL connected to the international police organization Interpol?

DR. SHARIF: Interpol is an important partner, and the signing of a cooperation agreement between Interpol and the African Union in relation to AFRIPOL in January 2019 is a clear illustration of this partnership.

In April 2020, the two organizations also launched a three-year joint program. The program will enable the two institutions to work together to strengthen the capacities of the police agencies of the AU member states in fighting crime on the African continent. It also will help enhance the technical and analytic capabilities of AFRIPOL at institutional and operational levels.

ADF: Was there any particular event or criminal enterprise in Africa that made it clear that an organization such as AFRIPOL would be necessary to effectively address crime on the continent? If so, what was it?

DR. SHARIF: The African continent is faced with complex security challenges that have profound implications to its peace, security and stability because of their transnational nature, with criminal groups engaging in various crimes like trafficking of drugs, weapons, humans, wildlife and protected species; money laundering and other financial crimes; and people smuggling. It is these realities that propelled the member states to establish AFRIPOL as a continental institution to support cooperation among police agencies.

ADF: Although still relatively new, what specific operational successes can you point to in which AFRIPOL played a vital role in combating transnational organized crime on the African continent?

DR. SHARIF: AFRIPOL is relatively new, and we have developed our structures to move gradually toward its full operation. In fact, since 2017 AFRIPOL was working to create the AFRIPOL National Liaison Offices (NLOs) within AU member states and the AFRIPOL Police Communication System (AFSECOM). All the AU member states have opened AFRIPOL NLOs and received the AFSECOM equipment. Subsequently, AFRIPOL will be conducting specific operations within the different African regions during the course of 2021.

ADF: Counterfeit medicine is a major challenge for much of the continent. According to the World Health Organization, African nations account for 42% of all counterfeit medicines in circulation. This leads to thousands of deaths every year. What needs to be done to stop this?

DR. SHARIF: The threat that counterfeit medicine poses is not only to the health of innocent people because of the resultant medical complications, but it also is a threat to state security. This is because smugglers often belong to criminal networks for which smuggling counterfeit medicine is only part of the illicit activities that they engage in. Currently, AFRIPOL is supporting member states to strengthen their capacities to combat this crime. AFRIPOL also is operationalizing its Working Group on Transnational Organized Crime, which will provide technical guidance on priority areas for capacity building, and legislative and technical support.

ADF: Criminal syndicates with international connections are operating in many African countries to traffic endangered animal parts. In many cases, this illegal trade is connected to traditional Chinese medicine. What can AFRIPOL do to help African law enforcement agencies partner with one another and with global law enforcement agencies to stop this trade?

DR. SHARIF: Wildlife trafficking (flora and fauna) in general, including trafficking of animal parts, is one of the crimes that AFRIPOL has singled out as a major concern on the African continent. Indeed, reports indicate an increase in poaching in this COVID-19 period. AFRIPOL is focused on enhanced cooperation, not only for AU law enforcement agencies: police, border guards and customs. In fact, AFRIPOL’s cooperation agreement with Interpol and with other international police organizations, which we will soon sign, will help to disrupt criminal networks’ operations, which are increasingly international. Global cooperation enables sharing of experiences with law enforcement agencies beyond the continent, something that is beneficial to African law enforcement agencies.

ADF: Although African nations have made major strides in combating the narcotics trade, the continent continues to be both a transit point for illegal drugs and a destination for drug traffickers. According to the United Nations Office on Drugs and Crime, about 18 metric tons of cocaine are trafficked through West Africa each year, and about 70,000 kilograms of heroin are trafficked through East Africa. Where is AFRIPOL focusing its efforts to slow the drug trade?

DR. SHARIF: Narcotrafficking remains a challenge. It is in this regard that AFRIPOL continues to work toward supporting the efforts of all the member states. AFRIPOL also is identifying strategies and projects with our partners at the global level, and with other international police organizations. All this is intended to enhance coordination and facilitate the exchange of information to identify various routes used by traffickers.

ADF: In what specific ways has the global COVID-19 pandemic affected AFRIPOL? Has it prompted changes in the ways operations are conducted? If so, how?

DR. SHARIF: The effects of COVID-19 are far-reaching and have caused unprecedented change to the whole world. The pandemic caused many businesses and organizations to move into virtual and remote working. On one hand, this situation led to a relative drop in crimes that had dominated law enforcement, ranging from petty thefts to break-ins and violent robberies. Cross-border smuggling and trafficking have also reduced. This is as a result of the lockdowns and curfews that have virtually halted movements of persons — except for the security agencies charged with enforcing the new measures. On the other hand, many criminals and their networks are adopting new methods of crime. A surge in cyber crimes is one of the effects. Indeed, AFRIPOL is working toward adopting new operational strategies to address the challenges posed by COVID-19.

ADF: As executive director of AFRIPOL, what are your short-term and long-term visions for where AFRIPOL should be in the future?

DR. SHARIF: As a technical institution of the AU with the mandate to support the police agencies of AU member states to prevent and respond to threats posed by organized crime through structured cooperation, the vision for AFRIPOL is to become the leading structure for the AU in combating transnational organized crime. And that all other actors on the continent in fighting organized crime will be secondary to AFRIPOL and will seek guidance on what to do to buttress what AFRIPOL is doing.

ADF: Is there anything else you think is important to add about AFRIPOL?

DR. SHARIF: I wish to emphasize that transnational organized crime, by definition, cannot be effectively addressed by any single country. Efforts to fight it should draw on cooperation of all states globally. This “chain” of fighting transnational organized crime is only as strong as its weakest link. AFRIPOL will not only continue to work to strengthen cooperation among the police agencies in the continent, but also with other similar organizations for police cooperation globally. It is our hope that this is a shared vision internationally.