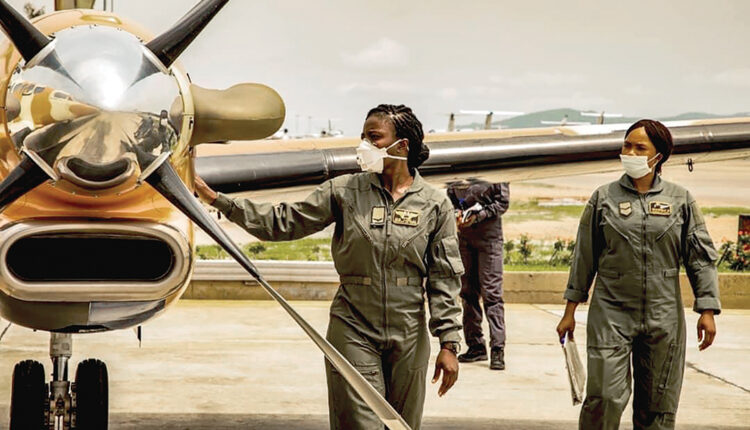 After a push to recruit and train more female pilots, the Nigerian Air Force (NAF) announced it had conducted an intelligence, surveillance and reconnaissance (ISR) mission led entirely by a female team. The mission, which used a Beechcraft King Air ISR aircraft, included two female pilots, an onboard technician, a mission operator and a female marshaller. This all-female mission was the first in the history of the NAF.

“The NAF’s objective in this regard is to maximize all of the potentials of Nigeria’s vast human resource pool, male and female, to ensure the effective, efficient and timely employment of air power in response to Nigeria’s national security imperatives,” Air Commodore Ibikunle Daramola told This Day.

The NAF now has seven female pilots and plans to add to that number. The 307 Executive Airlift Group left Nnamdi Azikiwe International Airport and flew over parts of Niger State. The captain of the Beechcraft, Flying Officer Oluwabunmi Ijelu, is the first woman to captain an NAF plane.

After the mission, Air Commodore Francis Edosa, commander of the airlift group, said the mission was a success and thanked Nigeria’s chief of air staff for a commitment to gender inclusion.

“He has actually given opportunities for the genders, and that opportunity has come to fruition with us having a full female crew. They’ve just gone on the mission and done very well. I think it’s something we should be proud of as an Air Force.”