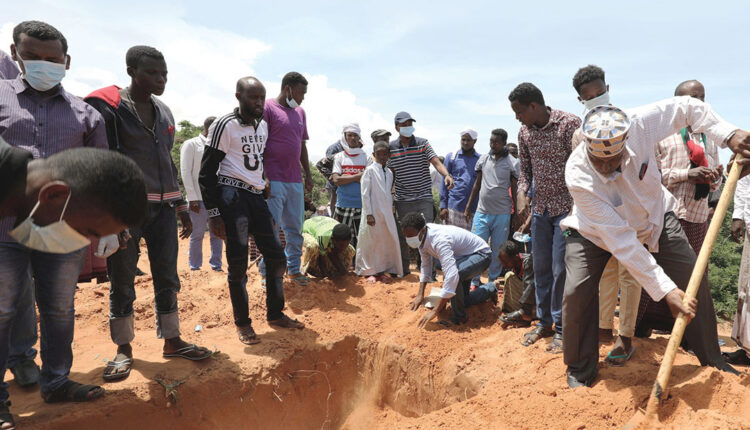 United Nations Secretary-General António Guterres urged warring parties across the world to lay down their weapons in support of the bigger battle against COVID-19, which he called the common enemy that is threatening all of humanity.

“The fury of the virus illustrates the folly of war,” he said. “It is time to put armed conflict on lockdown and focus together on the true fight of our lives.”

Guterres pointed out that marginalized people suffer the most during war and are most at risk from the disease. These include refugees, women, children and people with disabilities. He said health systems in war-torn countries have been decimated, and the limited capacity available must be used to fight the coronavirus. “Silence the guns, stop the artillery, end the airstrikes,” he said.

Guterres also asked for the creation of corridors to allow aid workers and doctors to enter disease-afflicted areas.

Despite these hopes for warring groups to lay down arms in response to the virus, early evidence indicated the opposite may happen. In March 2020, extremist groups in Mozambique, Mali and Somalia all launched devastating attacks.

Gen. Stephen Townsend, commander of U.S. Africa Command, said there are indications that extremist groups will seek to take advantage of the need by some countries to divert security resources to fight the virus.

“While we might like to pause our operations in Somalia because of the coronavirus, the leaders of al-Qaida, al-Shabaab and ISIS have announced that they see this crisis as an opportunity to further their terrorist agenda,” Townsend said, “so we will continue to stand with and support our African partners.”