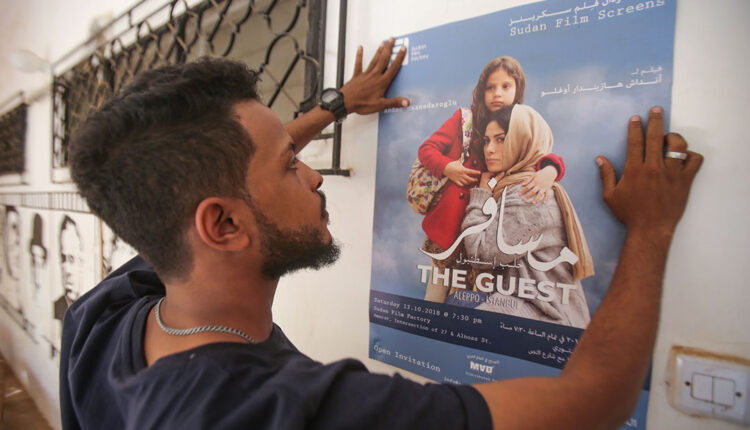 Talal Afifi has worked for years to revive Sudanese cinema, which languished through three decades of authoritarian rule. With the fall of longtime autocrat Omar al-Bashir, he sees new hope.

When Afifi attended a 2008 short film festival in Munich, Germany, the winning film — an Iraqi documentary shot on a handycam — inspired him to return home and set up a training center and production house.

“I wanted to remind people that there is a place called Sudan, which was once renowned in the field of cinema, and that it still has its heart beating for this art,” he said.

The Sudan Film Factory, based in a suburban Khartoum villa, has since trained more than 300 young men and women in filmmaking.

Today, after Bashir’s ouster in April 2019, Afifi and his colleagues hope filmmaking will get a fresh boost.

Sudanese cinema dates back to the shooting of the first silent film in 1898, a few years after the invention of moving images, according to veteran director Ibrahim Shaddad.

By 1946, a fleet of mobile cinemas were traveling across the country showing films under the evening sky.

By the 1980s, Sudan had more than 60 cinemas screening Hollywood, Bollywood and Arabic movies. But Bashir’s seizure of power in 1989 crippled the industry.

By 1996, Bashir’s conservative Islamist regime had shut down most of the country’s cinemas. On top of that, an American trade embargo made it difficult to import foreign films, update old software or acquire equipment.

Despite these hurdles, Afifi and his team kept the art alive, screening documentaries and foreign films on rooftops in the capital.

The army deposed Bashir in April 2019 in a palace coup after months of protests.